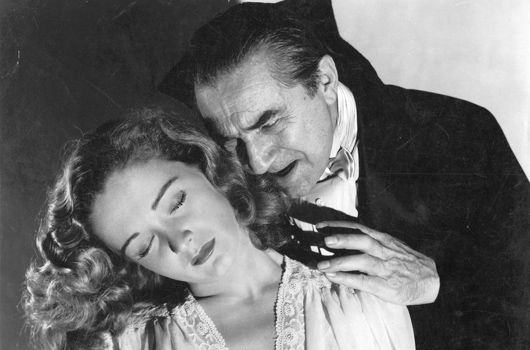 More Victoria Wood than victorious vampire flick, The Return of the Vampire was also the return of Bela Lugosi.

The ageing star had long been waiting in the wings for a Universal Dracula sequel proper, and his disappointment at the character being excised from 1936’s Dracula’s Daughter turned into despair and devastation at the casting of Lon Chaney Jr in Son of Dracula (1943). 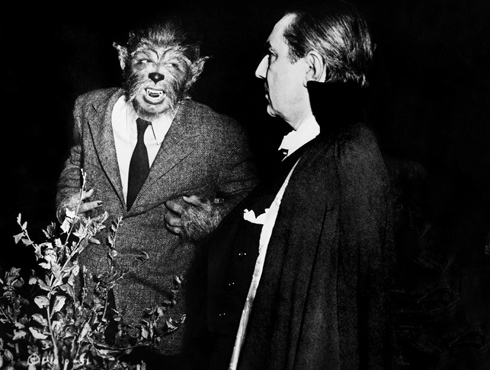 Columbia did Lugosi proud though and, although The Return of the Vampire steered litigiously clear of using Stoker’s character from fear of Universal’s legal eagles, their Romanian Count Armand Tesla was pretty much as good as.

Fanging his way through one world war, the vampire is resurrected in the second when London Blitz bombs disturb his grave, and workmen unwittingly remove the stake in his heart, thinking it a piece of shrapnel. Revived, Tesla enslaves his old servant Andreas (Matt Willis), turning him once again into a Yorkshire terrier-looking werewolf, and sets about wreaking his revenge on Lady Jane Ainsley (Frieda Inescort), whom he partly blames for his original demise. 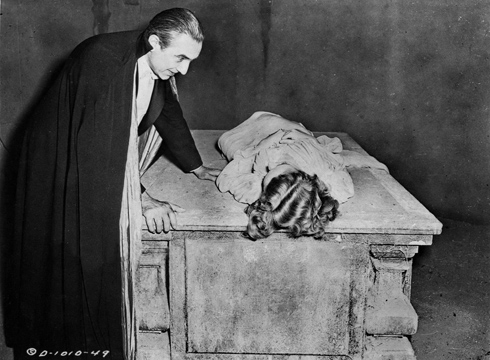 Soon he has daughter-in-law to be Nicki Saunders (Nina Foch) and wetly inept son John Ainsley (Roland Varno) in his thrall, much to the chagrin of Lady Jane. The final straw comes for her when she realises her assistant has once again come over all lycanthropic; “Poor Andreas. What a tragedy to lose his soul again after struggling for so many years to find it.” What a palaver.

Beset by potentially being charged for the murder of Tesla, Lady Jane determines to get even with that vampire once and for all. Allowing him to lead Nicki to his tomb with the aid of the werewolf, she and Scotland Yard’s Sir Fredrick Fleet (Miles Mander) follow in hot pursuit. Rejected by Tesla and shot by Sir Fredrick, Andreas drags the Count into the sun to melt, before expiring himself and leaving Nicki free once again. 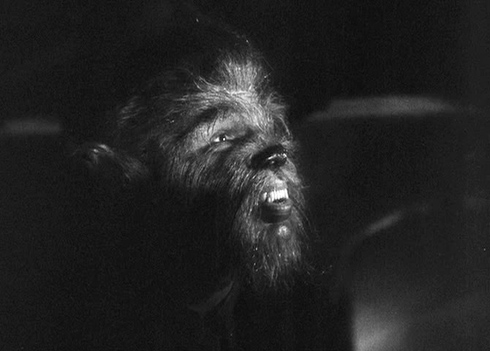 It’s that loveable, chatty werewolf again – Matt Willis as Andreas in The Return of the Vampire (Columbia 1943)

A stylish climax for its day, the vampire’s destruction was effected by moulding a waxen image of Lugosi over a skeleton, and gradually melting it. It was still too much for the British censor who, despite awarding The Return of the Vampire an ‘H for Horrific’ certificate, demanded it was cut from all prints. 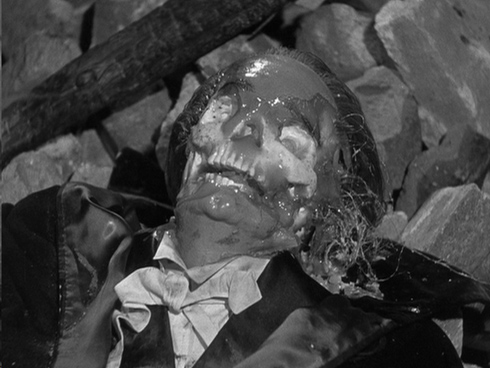 The impressive finale to The Return of the Vampire (Columbia 1943)

Littered with hammy and rather stilted performances, The Return of the Vampire almost seems like a camp send-up than the sequel to Dracula it purported to be, albeit thinly disguised to avoid copyright issues with Universal. Lugosi, as ever, is a joy to watch and the film’s true shining star, revelling in the chance to recreate his signature character at last. Matt Willis provides reasonably able support, but somehow a talking werewolf is hard to take seriously. The rest of the cast do their best with a shocking script which, with the benefit of chronology, has tempered the film into an almost Cowardesque parody of mid 20th century English life.

Beautiful to watch today for all its foibles, The Return of the Vampire must be enjoyed as a set-piece of contrived cinema at its best; as it ages like a fine wine that never was, its shortcomings become its staples, providing a satisfying, almost compelling movie filled with archaic charm. 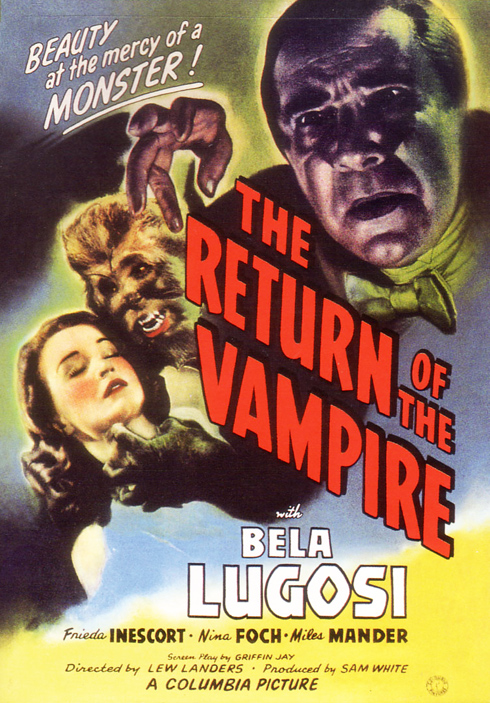