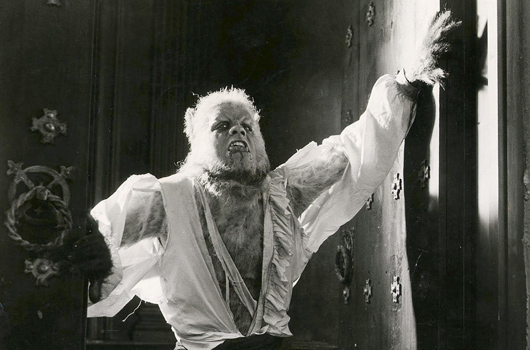 The Curse of the Werewolf, made by Hammer in 1961, was released on 1st May in that year.

Directed by Terence Fisher. Screenplay by John Elder (Anthony Hinds), based on the novel, The Werewolf of Paris by Guy Endore. Score composed by Benjamin Frankel. 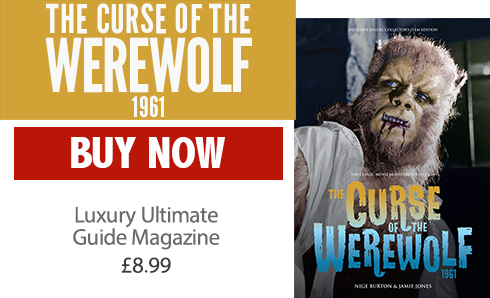 During its heyday, Hammer Films produced nine Dracula pictures, seven Frankenstein films, four Mummy movies, and a number of other horror related products, but only one Wolf Man-like film, and that was because Universal owned the rights to The Wolf Man (1941), which was based on the screenplay by Curt Siodmak (The Beast with Five Fingers), so The Curse of the Wolfman was instead based on the novel, The Werewolf of Paris by Guy Endore. It’s interesting to think what Hammer could have done with a Wolf Man franchise given the success that they had with the other Universal creatures, but instead we only have this single product to judge. Set in 18th Century Spain instead of Paris, Terence Fisher’s The Curse of the Werewolf is a striking and fascinating alternative to Lon Chaney Jr’s version of the Wolf Man mythos.

A cruel Marquis (Anthony Dawson) imprisons a young maid (Yvonne Romain) after she refuses his amorous advances. She is then raped by an imprisoned beggar (Richard Wordsworth) that she had shown kindness to over her childhood. After being freed from the dungeon she ends up back in the clutches of the nasty Marquis and she brutally kills him, fleeing the village, and surviving in the woods like an animal, until she is discovered by the kind Don Alfredo Corledo (Clifford Evans).

The woman gives birth to a son, whom is named Leon (Oliver Reed), but unfortunately he is born on Christmas Day and according to local superstition this contributes to his lycanthropic condition, being seen as an insult to God. Don Alfredo adopts the boy. Early manifestation of Leon’s werewolfery is thwarted by the love that the Don and his servant have for the boy, and so he is spared the senseless killing that would happen otherwise. Later on we are shown some farm animals that have been slaughtered, their throats torn out. 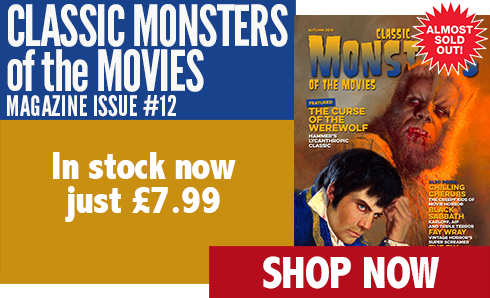 Leon leaves the village and gets a job in a winery, but then after a night out of drinking and consorting with some prostitutes, the full moon rises in the sky, the beast in Leon is released, and he goes on a rampage of terror and bloodletting. “A werewolf is a body where a soul and a spirit are constantly at war. Whatever weakens the human spirit, this brings the spirit of the werewolf to the fore. And whatever weakens the spirit of the beast… warmth, fellowship, love… raises the spirit of the soul…” So says the local priest (John Gabriel) who seems to know an awful lot about werewolves. 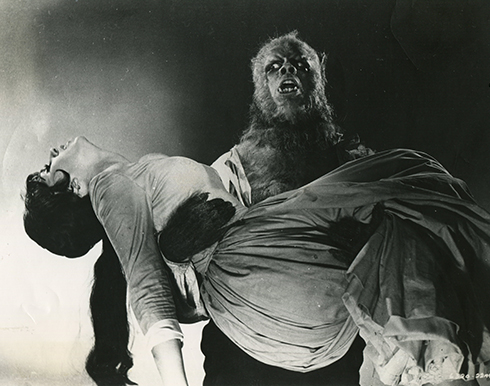 Oliver Reed and Yvonne Romain in a curious publicity shot for The Curse of the Werewolf (Hammer 1961); Romain plays Reed’s mother in the film, and she dies shortly after his birth

The local authorities jail Leon for the murder of his co-worker, but he knows that a full moon is about to let the creature in him free again. Fisher takes his time with fleshing out the back story before we get to see Leon cut loose as the werewolf, but it is the love of a good woman that is the key to his controlling the curse; neither wolfbane nor a silly poem are invoked in Hammer’s film, even though it is his father that slays the creature in the end with a silver bullet.

Oliver Reed was only 23, and this was his first starring role, but at least his third film for Hammer. He brings to the role a charismatic animal magnetism, and his creature displays just enough anguish to make him a sympathetic figure. The makeup by Roy Ashton is an interesting mix of the features of a wolf, but it still allows Reed’s distinct facial features to show through, so even during the transformation scenes, Reed’s monster is still distantly human.

One of the reasons for the film being set in Spain is because Hammer had originally created the sets for an entirely different film, The Inquisitor (or The Rape of Sabena) but because the studio had come under the scrutiny of a number of conservative religious groups, the production was abandoned, and the decision was made to film The Curse of the Werewolf instead. There are many victims in this film, many more than the just the victims of Leon’s animalistic urges, such as the poor beggar that is imprisoned by the depraved Marquis, but also the mute servant girl that is raped and sires Leon out of wedlock, and faith is deemed pretty much useless as it is evident that the church has little control over Leon and his inevitable bad end.

Reed makes a wonderful werewolf and Ashton’s makeup works wonders with Reed’s actual facial features. Like a somewhat demented King Kong, Reed takes to the city rooftops and tries to flee the crowd that pursues him, but while trapped in a bell tower, he is finally put to peace by his own father, slain with a single silver bullet. Initially a failure at the box office, The Curse of the Werewolf is definitely worth tracking down simply for Reed’s excellent performance as the creature. Another great film from the Hammer House of Horror. 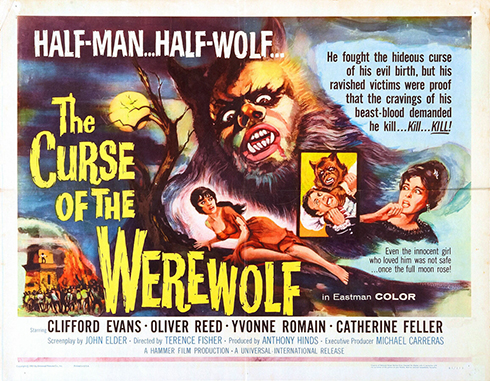 I love the make-up of the Werewolf, Oliver Reed makes it work well.

Underrated. Great plot and very good acting. Perhaps the fact that I first saw it when I was about 9 years old colors my perception…but it is still my favorite werewolf movie.