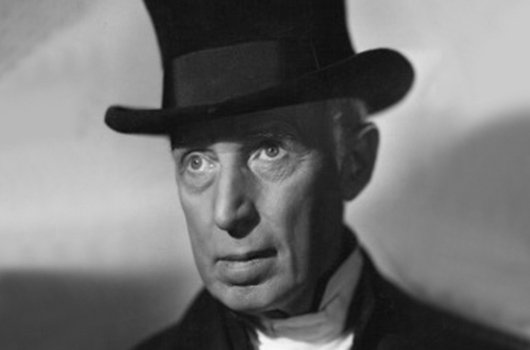 Herbert Bunston, a British stage and screen actor, was born on 15th April, 1874 in Dorset, England.

Having attended Cranleigh School in Surrey, he appeared in British theatres between 1896 and 1922 before emigrating to America to try his hand on Broadway. He appeared in Arthur Wing Pinero’s The Enchanted Cottage in 1923 alongside Katharine Cornell, That Awful Mrs Eaton! and Simon Called Peter in 1925, but none of these ran for more than 100 performances. Bunston did, however, receive strong critical acclaim for his performance in Young Woodley in 1925, and on the strength of this joined Bela Lugosi and Edward Van Sloan for the Broadway debut of Dracula, on 5th October, 1927.

After the success of these two roles, he was offered a contract with MGM, and worked on a number of films until asked to re-create his Broadway success in the 1931 cinematic production of Dracula. He strengthened his career further with a succession of character roles over the next four years.

Herbert Bunston died from a heart attack on 27th February, 1935.