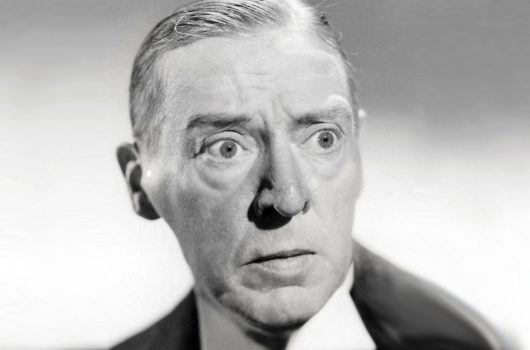 Edward Erskholme Clive was born on the 28th of August, 1879 in Blaenavon in Monmouthshire, Wales.

He studied at St Bartholemew’s Hospital in London for four years but the lure of the performing arts was too strong, and the 22-year-old Clive hung up his stethoscope to pursue his dream. During a decade spent touring the United Kingdom he developed a particular aptitude for dialects, a skill which he would later turn to good account. He moved to the United States in 1912, working in vaudeville and setting up the Copley Theatre Stock Company in Boston, the success of which led to its relocation to Hollywood.

Clive’s movie career began with his role as the village policeman in 1933’s The Invisible Man. Under James Whale’s knowing direction, the actor gave a performance brimming with exaggerated amazement, a jobsworth officer completely unprepared for what he encounters. Clive worked with Whale again on Bride of Frankenstein (1935), this time as the burgomaster. Snappy and self-important despite his complete ineffectiveness, the character formed the perfect comic foil for Una O’Connor’s quick-tempered Minnie. Their verbal sparring creates some of the movie’s best comic moments.

Skilfully carving a niche for himself, Clive displayed ease in certain types of roles whilst avoiding being typecast. His work frequently parodied British stereotypes such as shopkeepers, butlers and impatient bureaucrats, without his becoming a cliché himself. The limited nature of his roles was balanced by the sheer number of pictures in which he was credited. He returned to the world of Universal monsters with an appearance in Dracula’s Daughter (1936), and would go on to play roles in movies such as The Charge of the Light Brigade (1936) and the first two Sherlock Holmes movies starring Basil Rathbone.

E E Clive died of heart disease on the 6th of June, 1940 in Hollywood, at just 60 years of age. While he did not enjoy major starring roles, he is fondly remembered across the cinematic spectrum, the diversity of his work giving him a place in movie history in spite of his usually low profile. 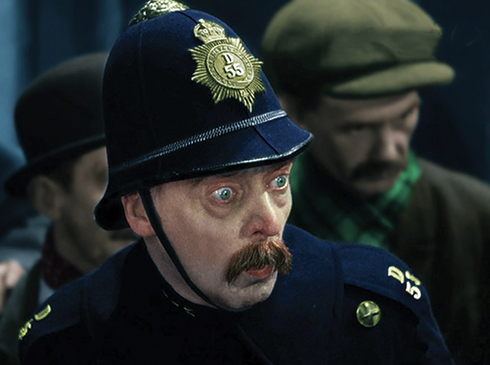 Interesting, performance always great. Not so much his looks so performance is definitely an asset.