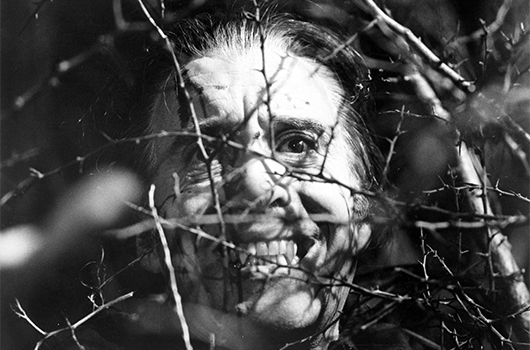 By the time The Satanic Rites of Dracula was in production, many had fallen out of love with Hammer’s beloved bloodsucker franchise, not least its star, Christopher Lee.

Originally encumbered with the irksome title Dracula is Dead… But Alive… and Well… and Living in London, the film was anything but the comedy such an appellation suggested. Said Lee: “I’m doing the next one under protest. I think it’s fatuous. I can think of twenty adjectives… fatuous, pointless, absurd. It’s not a comedy… [but] it’s a comic title. I don’t see the point. I don’t see what they hope to achieve… I just hope they [the audience] realise that I am struggling against insuperable odds on occasion to remain true to the author’s original character.” 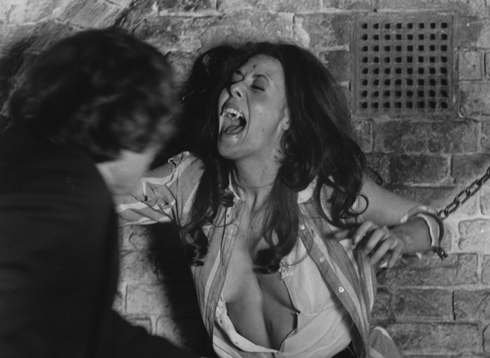 Resembling an energetic episode of The Avengers, with Peter Cushing’s Van Helsing almost aspiring to the role of Steed, The Satanic Rites of Dracula even has Purdy herself: the divine Joanna Lumley is cast as Jessica, granddaughter and sidekick to the venerable vampire hunter. All espionage and black masses, Don Houghton’s compelling screenplay actually gave Lee the most he had to do with the part for many a long year, and decades of harsh criticism of this final entry are largely unwarranted; The Satanic Rites of Dracula is a surprisingly good film.

The story starts with SI7 agent Hanson (Maurice O’Connell) escaping from an English country house while a Satanic ritual takes place within. Although he makes it back to headquarters, he has been fatally wounded, but manages to hang on long enough to reveal the identities of four high-profile dignitaries among the devilish clan. Baffled, his senior colleagues enlist the help of Special Branch officer Murray (Michael Coles), who has experience of these matters, and he in turn recruits Professor Lorrimer Van Helsing (Cushing) to call upon his expert knowledge of the occult. Recognising one of the four as Nobel Prize-winning scientist Julian Keeley (Freddie Jones), Van Helsing ultimately links all the parties to a fifth member of the group, tycoon property developer D D Denham. 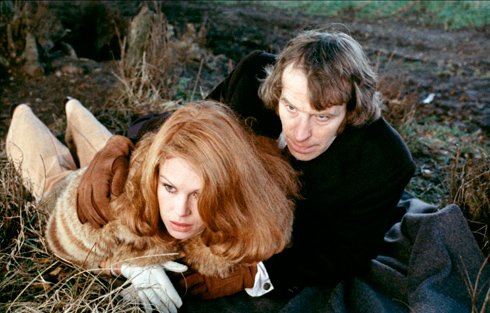 Meanwhile, Secret Service secretary Jane (Valerie Van Ost) has been kidnapped and winds up a prisoner in the cult’s headquarters, Pelham House, where Dracula (Lee) adds her to his vampiric bevy of chained-up beauties in the basement. Stumbling across these, Coles and Jessica narrowly escape with their lives, but are captured; however, agents Torrence (William Franklyn) and Mathews (Richard Vernon) are not so lucky, being assassinated by snipers.

Believing that Denham is Dracula himself, Van Helsing confronts him at his penthouse headquarters, which have been built on the site of St Bartolph’s Church, where the vampire was destroyed in the previous film. Rumbled, Dracula informs our hero that he has his granddaughter, who he intends to have as his bride while he unleashes a terrifying strain of the bubonic plague upon the world in order to ultimately deprive himself of fresh blood and, presumably, end his miserable existence forever. 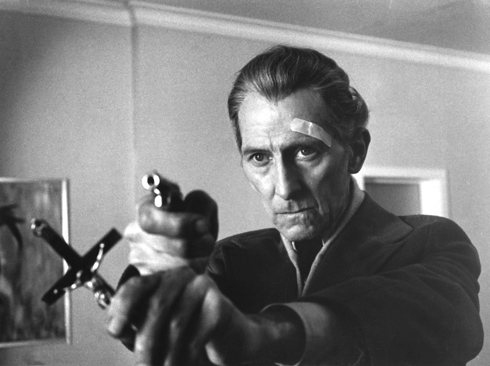 The end game takes place in Pelham House, as Dracula prepares to make Jessica his own. Thwarted by Murray, and his own apocalyptic horsemen, who begin to question his motives, the vampire forces minister John Porter (Richard Mathews) to infect himself with the plague by shattering the phial he is holding. As the minister dies horribly, Inspector Murray battles with a guard in the computer room, which altercation smashes a computer and breaks a fire out in the ritual room. Murray rescues Jessica, the plague victim burns, and Van Helsing escapes through a window with Dracula in hot pursuit. 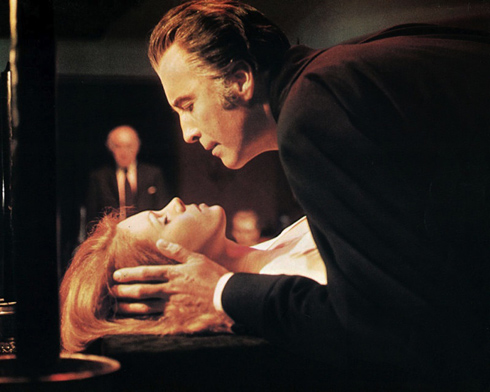 Becoming entangled in a hawthorn bush, a symbol of holiness which provided Christ’s crown of thorns, the vampire is immobilised long enough for his old adversary to once again become his nemesis; Van Helsing grabs a nearby fence post and drives it through Dracula’s heart, reducing him to dust and leaving nothing but his silver ring, which Lorrimer curiously collects from the remains.

As with Dracula AD 1972, The Satanic Rites of Dracula was directed by Alan Gibson, but is infinitely superior to its predecessor. With a gestation period of almost two years, the film was not given its full release in America until late 1978 and even then, under the rather lame title Count Dracula and His Vampire Bride. 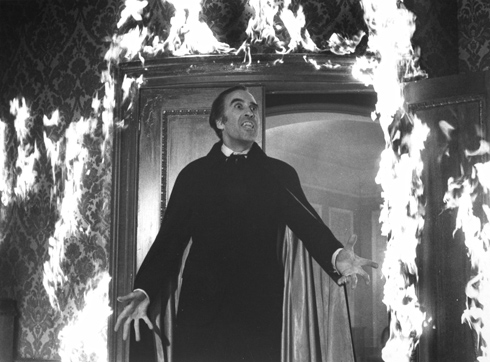 His plans thwarted in a fiery finale, a furious Dracula (Christopher Lee) goes on the rampage in The Satanic Rites of Dracula (Hammer 1973)

Significant for a number of reasons, including the fact that it was the last Hammer pairing of its superstar duo of Cushing and Lee, and also Sir James Carreras’ final film as head of the studio before his resignation in January 1973, The Satanic Rites of Dracula was of course the end of a much more important era. Although followed by stragglers Legend of the Seven Golden Vampires (1973), Shatter (1973), To the Devil a Daughter (1975) and ultimately The Lady Vanishes (1978), it was what might be termed the right true end of the golden age of classic Hammer horror. Lee had partly declared it thus: “I will not play that character anymore. I no longer wish to do it, I no longer have to do it and I no longer intend to do it. It is now part of my professional past, just one of the roles I have played in a total of 124 films.” 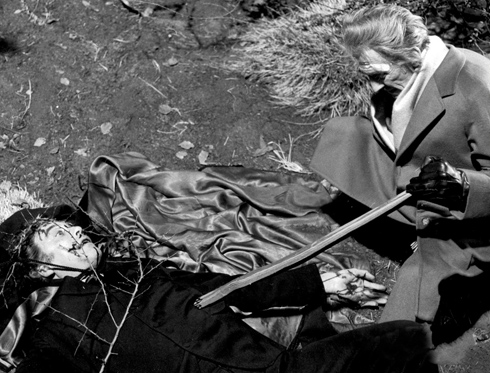 Ensnared by the divine hawthorn bush, Dracula (Christopher Lee) encounters his final undoing at the hand of Lorrimer Van Helsing (Peter Cushing) in The Satanic Rites of Dracula (Hammer 1973)

He was as good as his word, although the series was naturally running out of steam anyway. Public tastes were changing in the mid-1970s, and cinemagoing audiences wanted something different to Hammer’s gory but glorious masterpieces. Sad though it was, maybe it was best that the studio’s story ended – or at least paused – at the very point that it did. 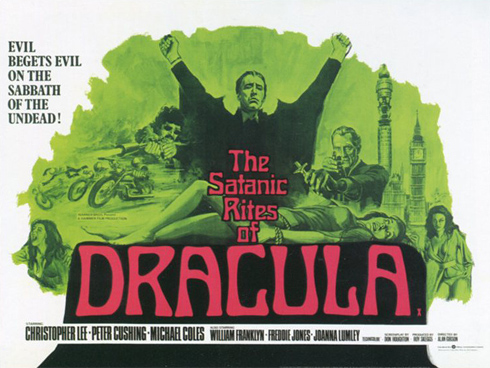