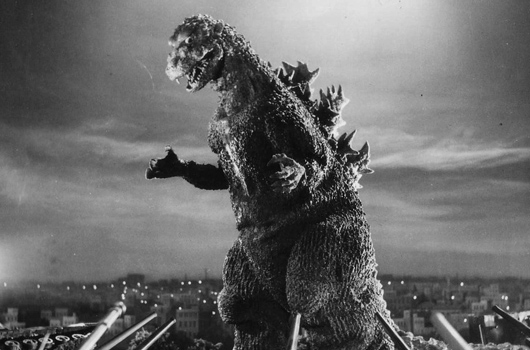 To create a brand new classic monster, especially one which can claim membership of that most holy of grails, being cast in the glorious plastic of Aurora Monster Kits, is indeed no mean feat. That a surprising mid-1950s entry should come not from the established Hollywood horrorati, but the relatively tiny Toho studios of Tokyo, set the movie monster world even more askance, yet happen this did with the introduction of the giant amphibious lizard-like Godzilla in 1954.

Not only was this scaled behemoth a traditional “giant monster” in the vein of King Kong himself, it effortlessly ticked the boxes of 50s sci-fi fascination and fed the fears of atomic disaster while at the same time spreading its clawed feet across the genres of comic-book and pop cultures, becoming the iconic creature pin-up of its day. 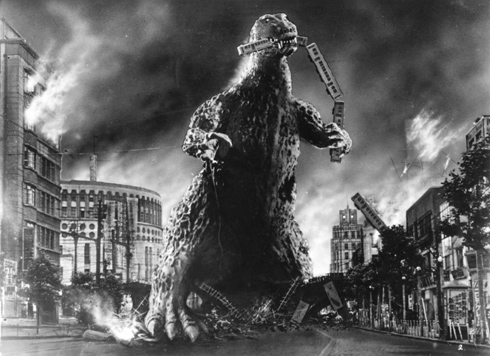 Once awakened, a vengeful Godzilla sets about razing Tokyo to the ground in Godzilla (Toho 1954) 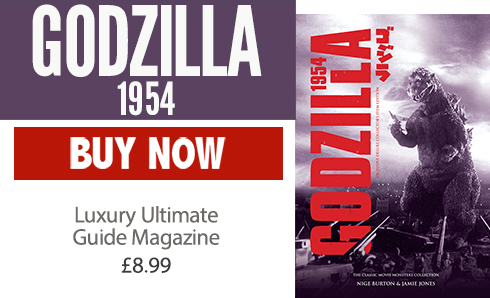 Japanese special effects supremo Eiji Tsuburaya had wanted to bring the fishy dinosaur to life by means of stop-frame animation, but budget restrictions necessitated the donning of a ridiculously uncomfortable foam rubber suit by Haruo Nakajima as he trashed his way through a miniature Tokyo. A small amount of animation was, however, used in the scene where Godzilla’s tail destroys the Nichigeki Theatre. 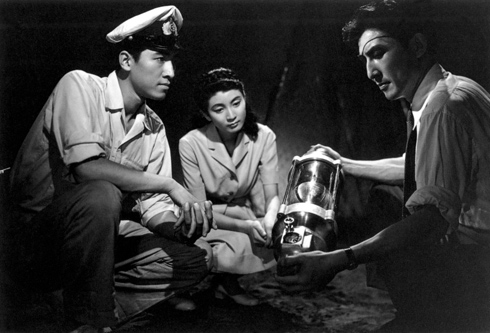 In its purest form, Godzilla is an unadulterated Japanese classic and deals with the awakening of the giant ancient monster of the deep by countless nuclear tests at sea. Disturbed in his slumber, the vengeful beast at first terrorises the remote island of Odo, before turning his attentions to the more populous city of Tokyo. Despite several attempts to variously kill and contain the creature, it becomes apparent to a very select few that the only way to deal with the problem is by using the eminent Dr Daisuke Serizawa’s (Akihiko Hirata) oxygen destroyer. 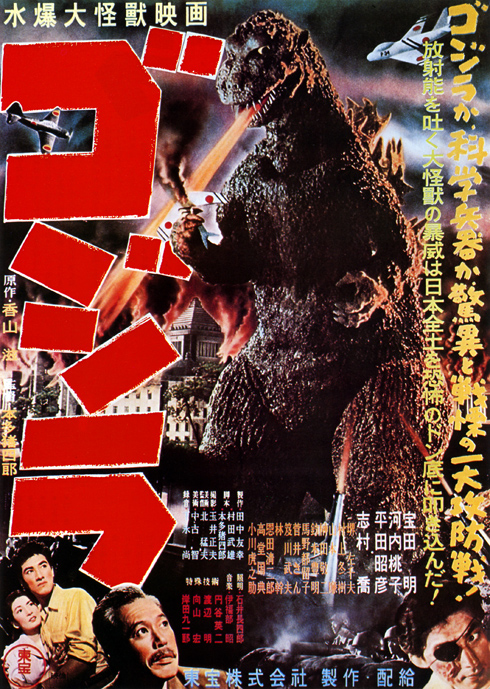 Overcoming his fears that the device will fall into misuse, Serizawa reluctantly acquiesces under the persuasion of his arranged-marriage fiancee Emiko Yamane (Momoko Kochi) and her lover, Hideto Ogata (Akira Takarada). The two male counterparts of the love triangle descend to the depths in order to carry out the heroic deed, but upon successful deployment Serizawa chooses to remain at the bottom of Tokyo Bay and die alongside Godzilla, allowing his wife-to-be freedom to pursue happiness with his love rival. 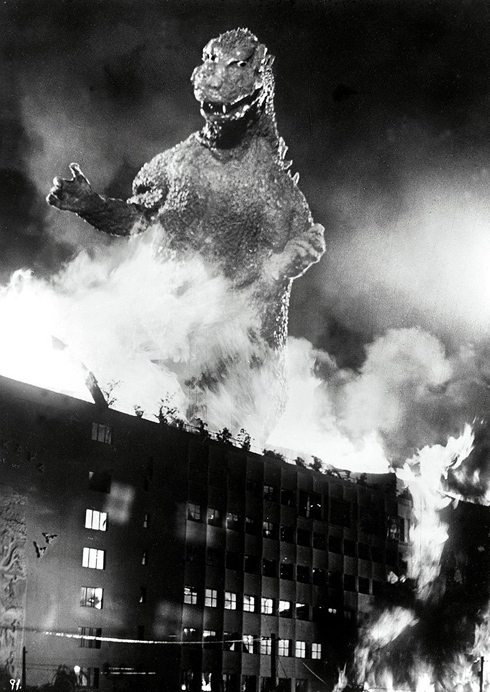 The haunting score and patriotic pageant at the film’s climax are both moving and believable, proving that Godzilla as a movie is a crafted piece of entertainment rather than just comic-book hype. To many, this simple original version is best viewed untainted by the Americanisation of the film two years later, when it was released as Godzilla, King of the Monsters for the North American market. The addition of scenes with Raymond Burr playing journalist Steve Martin undoubtedly make the film more accessible to an English-speaking audience, and there is no doubt that the execution of these endeavours is well-handled, but one can’t help but feel that in some way it detracts from the purity of Toho’s original idea. 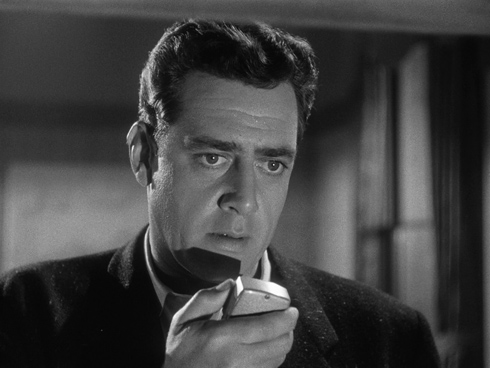 Raymond Burr as journalist Steve Martin in the Americanised Godzilla, King of the Monsters (Toho 1956)

With several sequels and no fewer than two major Hollywood reboots, it is almost refreshing to go back to the simplicity of the original movie, which proves that major monsters can be adopted by the masses, no matter how humble their fiscal beginnings. Indeed, such is the popularity of Toho’s superpowered saurian that it even has a star on the Hollywood Walk of Fame. 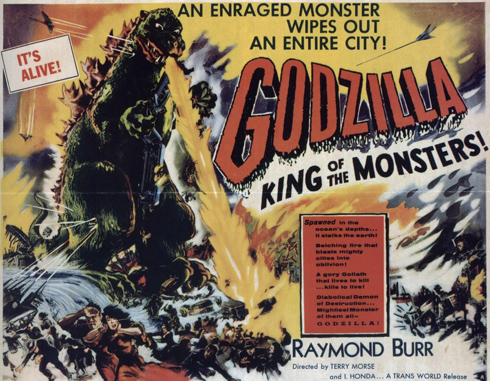 Theatrical release poster for the Americanised version of the film, Godzilla, King of the Monsters (Toho 1956)