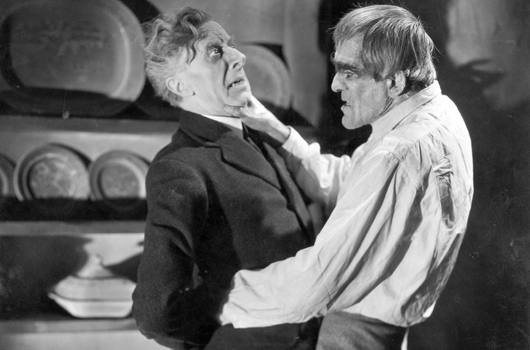 The Ghoul was something of a working holiday for the busy Boris Karloff. Fresh from his new found fame and success at Universal, he returned home to England to spend some time with his delighted brothers and, while there, popped over to Shepherd’s Bush to film The Ghoul for Gaumont British.

Very loosely based on the 1928 novel of the same name by Frank King, The Ghoul also borrowed heavily from Karloff’s previous two Hollywood smashes, The Mummy and The Old Dark House, both made in 1932. The only British horror film in the true Universal tradition, The Ghoul comes complete with an authentically gothic, fogbound England fused with sacred Egyptian mystery. The film’s brutal murders and general subject matter of premature burial rendered it the first to earn the brand new ‘H for Horrific’ certificate from the British censor. 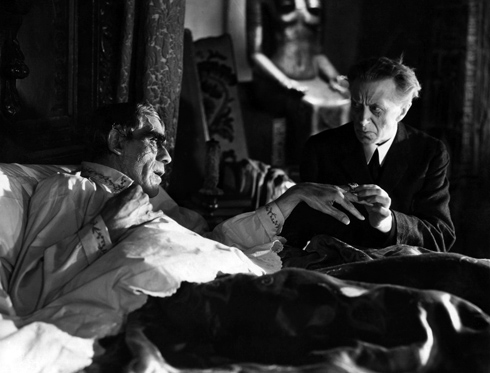 Karloff is superb as eccentric Egyptologist Professor Morlant, who insists on being buried with ‘The Eternal Light”, a mystical jewel which he believes will grant him eternal life. Upon his apparent death, he is interred in a faux Egyptian tomb, but the jewel is snatched by his wily servant Laing (Ernest Thesiger). The reading of Morlant’s will ensues, and sure enough the Professor rises from the grave to exact his revenge on the jewel thief, breaking into his old house and generally bedevilling the petrified Thesiger with glows and growls, determining that worthy to be rid of his prize. The ‘Light’ is subsequently passed from the frantic Thesiger to Mr Broughton the lawyer (Cedric Hardwicke), Morlant’s niece Betty (Dorothy Hyson), Egyptian fanatic Aga Ben Dragore (Harold Huth) and parish spinster Kaney (Kathleen Harrison), before we realise it was the vicar that done it all along – or at least the fake one in the guise of dastardly Nigel Hartley (Ralph Richardson). 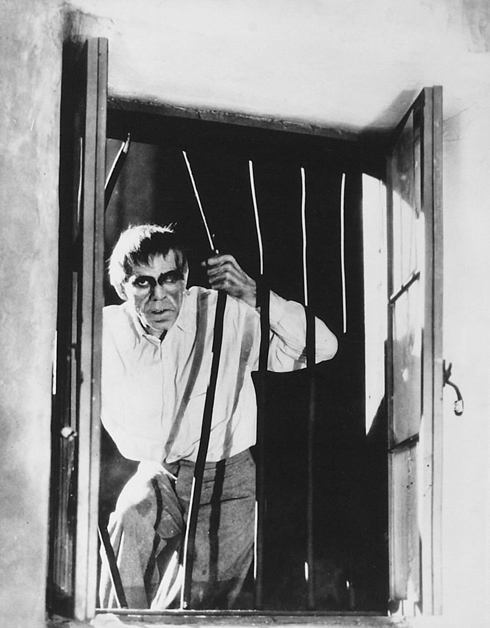 It’s all too much for the poor Professor, who upon seizing back the jewel makes his blood sacrifice to Anubis before expiring properly this time; first time around he had merely suffered a cataleptic seizure leading to his being buried alive. The villainous pretender to the cloth steals it back again and sets fire to the tomb, but is thwarted as Betty and beau Ralph (Anthony Bushell) escape in the nick of time.

Considered lost for decades, a badly damaged print of The Ghoul was discovered in communist Czechoslovakia in 1969; there were eight minutes missing (the murders had been excised) and the soundtrack was barely audible. The film was also subtitled. Nonetheless, critics and buffs alike were rapturous, and the film toured festivals and even received a limited release onto VHS, but a pristine nitrite camera negative discovered in a disused Shepperton vault in the early 1980s was subsequently taken under the wing of the British Film Institute, and sired the 2003 DVD release now enjoyed by fans. 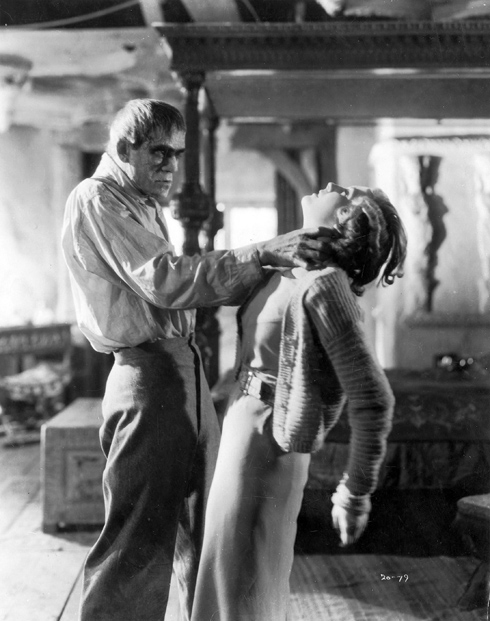 A tribute to the ingenuity of low budget English horror of the 30s, director T Hayes Hunter, cinematographer Günther Krampf and the combined efforts of a terrific ensemble British cast dominated by Karloff, Thesiger, Hardwicke and Richardson, The Ghoul is rightly relished by aficionados the world over. It has survived as a fine example of the gothic horror film at its best. 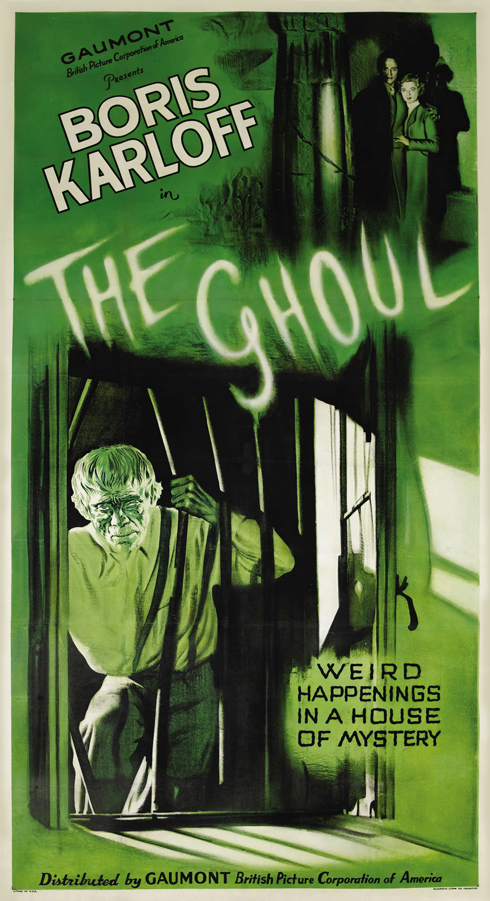