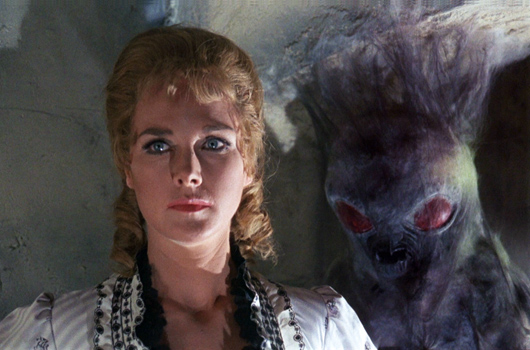 The Blood Beast Terror, made by Tony Tenser’s Tigon in 1968, has possibly one of the most peculiar monsters in horror film history – a giant Deaths-head moth as the outlandish alter-ego of a promiscuous Wanda Ventham. But it also has Peter Cushing, so just about manages to scrape by.

After naturist movie Naked as Nature Intended in 1961, Tenser continued to cut his cinematic teeth on sex dramas in the early 1960s, such as That Kind of Girl (1962) and The Yellow Teddybears (1963). Believing that “there are only two things that are guaranteed to sell a movie; sex and horror,” his Compton company went on to produce the Hammer-inspired gothic horror The Black Torment in 1964, but it is his formation of Tigon-British Film Productions in 1967 which led to his more remembered films: collaborating with the young Michael Reeves, he made The Sorcerers (1967) and Witchfinder General (1968) and then, in what was intended to emulate true Hammer style, The Blood Beast Terror. 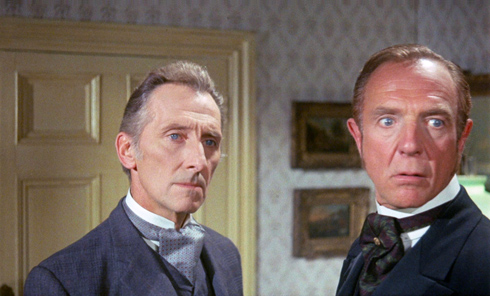 Screenwriter Peter Bryan, who had previously penned The Hound of the Baskervilles (1959), The Brides of Dracula (1960) and The Plague of the Zombies (1966) for Hammer, produced The Deathshead Vampire, a promising piece of macabre Victoriana. This inventive title soon became the more sensationalist The Blood Beast Terror, and the more ludicrous The Vampire-Beast Craves Blood in the US.

From the outset, the pivotal Sherlock Holmes-esque role of Inspector Quennell was reserved for Cushing, who accepted it graciously amid a particularly lacklustre year. Veteran Basil Rathbone had been offered – and indeed had accepted – the part of Dr Mallinger, but his untimely death intervened, and it subsequently went to Robert Flemyng. 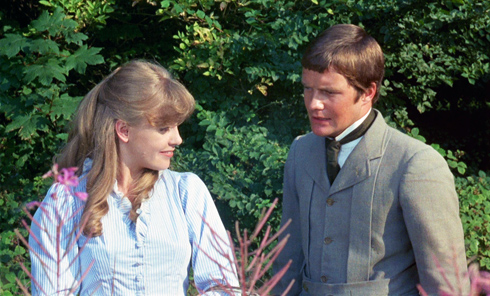 Despite its setting, script, cast and promise, The Blood Beast Terror never really lives up to its potential; it is not a good film. Even if we can suspend disbelief long enough to get our head around the outrageous premise of a fréomoth, the execution soon brings matters all tipi-tumbles. Vernon Sewell’s direction isn’t really to blame, it’s just not that strong. Cushing is excellent as ever, likewise Flemyng, and there are nice performances from Glynn Edwards as Sergeant Allan and a timely touch of gallows humour from Roy Hudd as Smiler, the morgue attendant. Wanda Ventham does her best as a completely unsympathetic monster, but these aren’t enough to outweigh some of the more bland or outright ridiculous performances that are supposed to complement them. 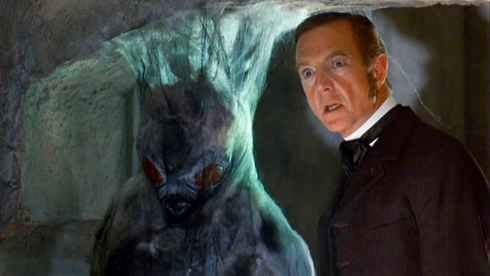 Entomologist Frederick Britewell, who should be a small but defining character, is played flatly and one-dimensionally by William Wilde and the exploits of Vanessa Howard as Cushing’s air-headed daughter Meg, and David Griffin as ‘Billy the Bug Catcher’ descend at times into pure Enid Blyton.

Some of the creepiest, most effective scenes in The Blood Beast Terror are those in which we see the male moth creature slowly brought to life via the transfused blood of a hypnotised Meg. Ventham’s make-up seems all too bold, obvious, well-lit and crass, but the eerie, cocoon encased male variant in the cellar looks both evil and doleful; why the stark difference is anybody’s guess. 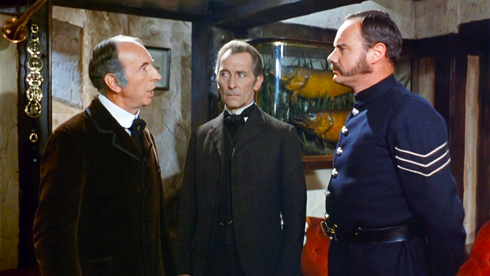 The pieces start to fit as intelligence is shared between the landlord (Russell Napier), Inspector Quennell (Peter Cushing) and Sergeant Allan (Glynn Edwards) in The Blood Beast Terror (Tigon 1968)

Aside from its shortcomings, The Blood Beast Terror does manage to redeem itself with its climactic ending as the shrieking moth-creature is tempted into a flaming bonfire, creating a piece of cinema to rival many of its genre. But the weaknesses throughout do weigh the film down rather heavily at times, which is a pity as you so want to like it more. Shoddy shot-substitute ‘transformations’ and occasional weak, overwrought performances take their toll, adding up to a vehicle which just doesn’t bear up like many of its counterparts several decades after its release. Even Cushing, initially grateful for the gig, grew to consider this the worst of his many films.

Some devout horror aficionados defend The Blood Beast Terror to the last, citing it as an important piece of British cinema. That it is significant for many reasons is not in question, and why so many good elements do not come together in a more satisfying way is hard to define, but, while not a bad film per se, one can’t help considering that it might not have taken too much more effort to have made it a really good one. 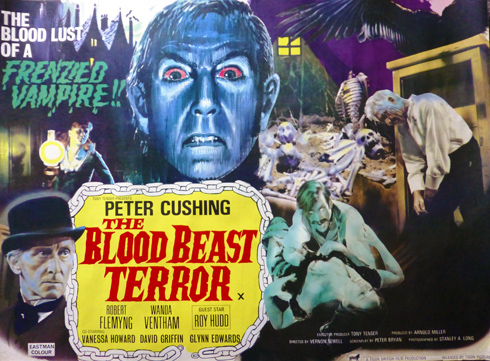 Where was the notion of Cushing’s dislike of the film come from?
I’ve had people arguing with me that he wouldn’t say anything bad about a film he was in