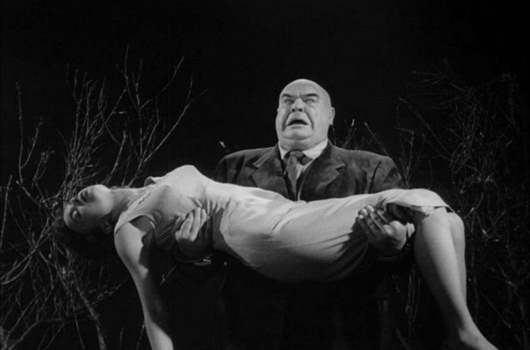 Ed Wood’s sci-fi horror film Plan 9 from Outer Space was released by Reynolds Pictures on the 22nd of July, 1959 and took immediate steps towards becoming a kitsch, camp classic.

Darting at breakneck speed from one genre to another, Plan 9 from Outer Space is variously an out-and-out sci-fi movie, a conspiracy thriller, a traditional horror movie, and a cautionary tale pleading for moderation in the atomic age. The movie opens with a direct address to the audience from notoriously inaccurate celebrity psychic Criswell, whose trademark overwrought speech at once underlines the director’s grand ideas, and undermines their credibility. 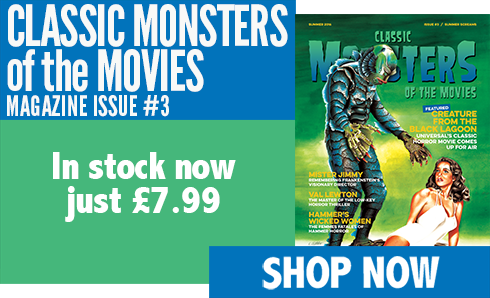 Indeed, a key quality of Ed Wood’s work is his willingness to try and create grand cinematic spectacles on a shoestring budget. While many directors would temper their ideas in line with the  available resources, Wood remained determined to keep everything in, even if the quality of the results was questionable to say the least. Some of Plan 9 from Outer Space’s effects and assets are regularly held up as examples of how not to create a quality movie (the UFO is often cited as either a paper plate, a hubcap, or a widely available toy of the day, and the walls of the alien control room billow in a suspiciously curtain-like fashion), yet it is this ramshackle approach that has made the production such a fan favourite.

The story of Plan 9 from Outer Space is satisfyingly convoluted, a smorgasbord of ideas crashing joyously against one another. Gregory Walcott stars as Jeff Trent, a military pilot whose close encounter with a UFO is revealed to be one of many such events occurring across the US. In a neat dovetailing of sci-fi and horror ideas, a nefarious alien scheme (the titular Plan 9) is using advanced extraterrestrial technology to raise corpses from the dead, with the intention of marching on the Earth’s governments. The underlying motive for this nightmarish scenario is only revealed by alien Eros, played by Dudley Manlove: by destroying the human race, the aliens intend to prevent mankind from discovering – and recklessly using – the powerful substance solarbonite, the use of which would destroy the universe. However, homo sapiens prevails, and the aliens’ shoddily-produced starship is destroyed, allowing the dead to rest once more.

Among its many disputed charms, Plan 9 from Outer Space lays claim to being “Bela Lugosi’s last movie”. It is true that the Dracula (1931) star does appear at several points throughout the film; however, his appearances are composed of stock footage shot by Wood before the actor’s death, some three years before Plan 9 was released. The disparate sections of footage, including Lugosi weeping at a funeral and walking in front of co-star Tor Johnson’s house, were woven into the story by Wood for two reasons: firstly, to attract audiences to the movie by using a bankable name, and secondly, to pay tribute to Lugosi, as the two had become good friends.

Opinions on Plan 9 from Outer Space vary wildly. Its list of continuity flaws, technical failings and general shortcomings is extensive; yet Ed Wood’s dogged determination to create a bombastic epic movie has the powerful effect of sweeping the audience along for the ride. Some critics call it the worst movie of all time, but the loving voices of opposition can shout equally as loudly.