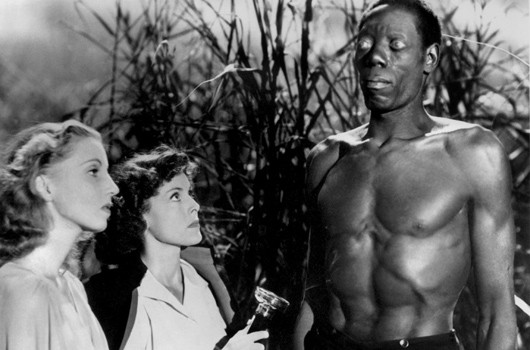 The Val Lewton RKO shocker, I Walked with a Zombie, was released on the 30th of April, 1943. Directed by Jacques Tourneur, it was Lewton’s second horror film for the studio, and followed his usual ambiguity between whether the explanation for events is mundane or supernatural.

The premise for the film was based on an article written by Inez Wallace, originally published in American Weekly Magazine, and the title I Walked with a Zombie was forced upon Lewton by studio executives, much to his chagrin. Unhappy with the overall content of the piece, he instead instructed screenwriter Curt Siodmak to use Charlotte Brontë’s Jane Eyre for inspiration and structure, as well as encouraging him to research Haitian voodoo practices, elements of which could then be woven into the story. Siodmak’s eventual draft was later reworked by Ardel Wray. 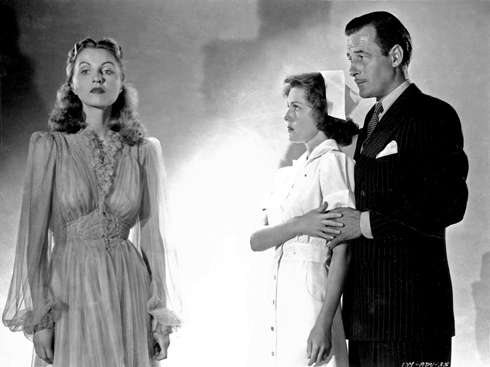 Fevered femme: Jessica Holland (Christine Gordon) is oblivious to both her husband Paul (Tom Conway) and Nurse Connell (Frances Dee) in I Walked with a Zombie (RKO 1943)

I Walked with a Zombie centres around Canadian nurse Betsy Connell (Frances Dee), who travels out to the small fictional Caribbean island of Saint Sebastian, which is inhabited by a small white community headed up by the Holland family and the descendants of African slaves.

Ostensibly tempted there by a decent salary and the challenge of looking after Paul Holland’s (Tom Conway) mentally ill wife, Jessica (Christine Gordon), the nurse soon becomes embroiled in the family politics between Paul, his half-brother Wesley Rand (James Ellison) and their mother (Edith Barrett). 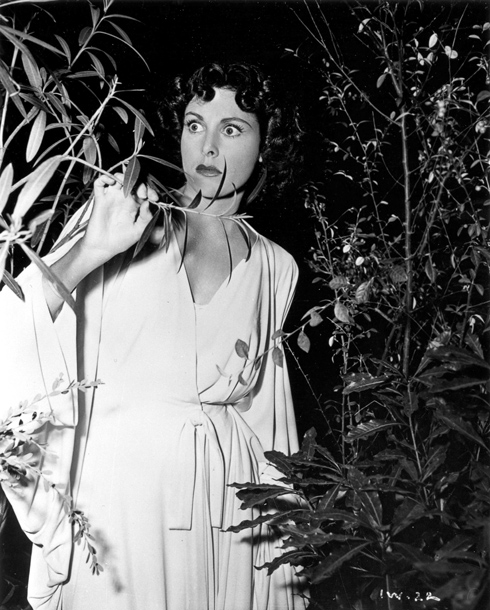 Dead ahead: Frances Dee is astonished by voodoo and zombies in I Walked with a Zombie (RKO 1943)

Betsy inevitably falls in love with Paul, who no longer loves his wife despite feeling duty-bound to care for her. Wesley is in love with Jessica (the root of the issues between the semi-siblings) and poor Mrs Rand is just confused by the whole shebang, not really knowing her vapours from her voodoos anymore.

I Walked with a Zombie continues to tread the Lewton line between fantasy and fairytale with his usual adeptness and, even though we’re pretty sure crossroads guard Carrefour (Darby Jones) is a real, dead zombie, nothing is ever actually confirmed. Interestingly, as Betsy laughingly intones over the opening credits that she “once walked with a zombie” – what a palaver – one assumes said zombie to have been Jessica, although it is actually Carrefour accompanying her for her playful skip down the beach. What brought these two unlikely bedfellows together for this blissful stroll is never referred to in the movie, but one assumes it was simply for a little first act drama. 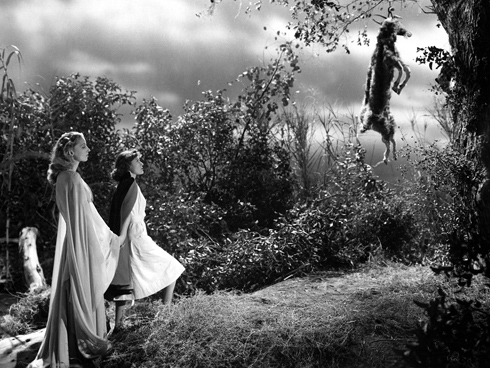 Carcass caper: Jessica Holland (Christine Gordon) is led on by Betsy Connell (Frances Dee) to seek voodoo assistance in I Walked with a Zombie (RKO 1943)

From the outset, I Walked with a Zombie is infused with the trademark Lewton / Tourneur style, enhanced by beautiful photography by J Roy Hunt. As the film progresses, the eeriness of the location, and the uneasiness with which Connell explores it, is so suggestive of magic and mysticism that the script’s ambiguity is almost irrelevant. 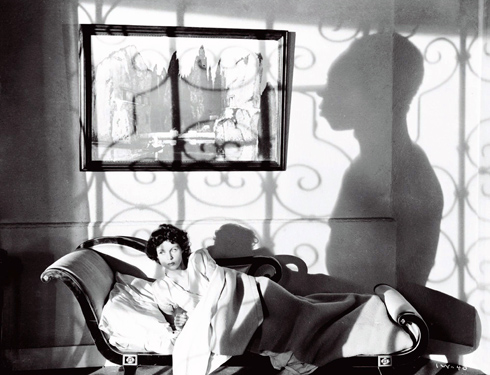 Shadow puppet: Betsy Connell (Frances Dee) is stalked by the zombie Carrefour (Darby Jones) in I Walked with a Zombie (RKO 1943)

If you want your zombies proper (real, or imagined) rather than rotting brain-eaters, then I Walked with a Zombie is a treat you should not miss. There’s something about seeing a classic monster in its native environment, with all the trappings of traditional legend and folklore, that just seems to win out over blood, gore, CGI and ham on the streets of modern day America.

Unless, of course, we’re talking about AMC’s The Walking Dead. 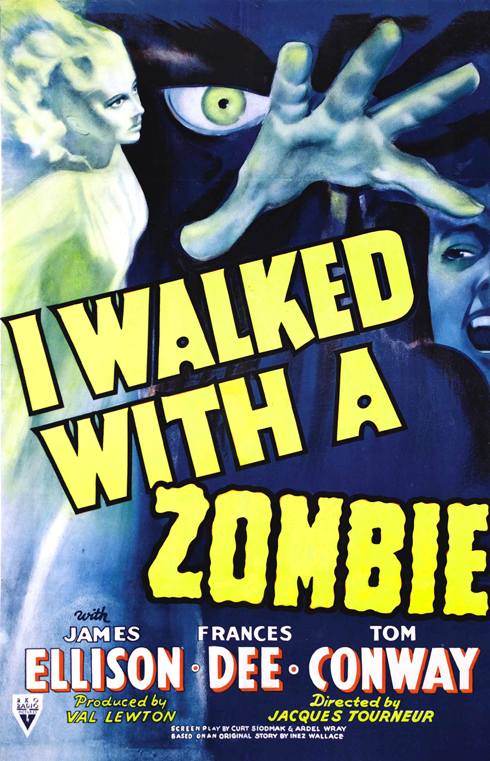 Walking the dead: Original theatrical release poster for I Walked with a Zombie (RKO 1943)

The folk-culture reflex is embodied most obviously by the Trinidad-born troubadour Sir Lancelot, who plays a chorus-like street singer. The feeling of an unseen conspiracy evinced in this scene constantly nudges the surface of things throughout I Walked With a Zombie but never properly resolves. The trek to the houmfort is the central sequence of I Walked With a Zombie and one of the greatest moments in horror cinema, indeed, of cinema in general.