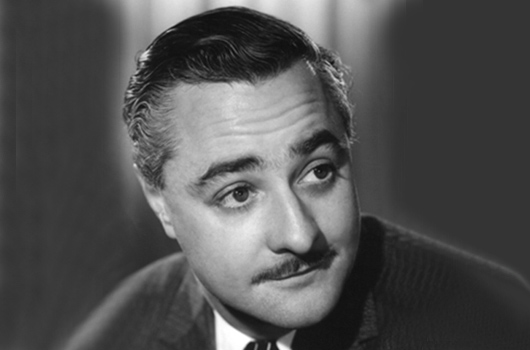 Michael Henry Carreras, known for his involvement in so many Hammer classics as producer, director or screenwriter, was born on the 21st of December, 1927.

After a difficult and turbulent relationship with his father, Sir James Carreras, for many years, Michael eventually took complete control of Hammer in 1972. By this time, the second great wave of horror film production was coming to an end and, desperate – as he always had been – to diversify, Carreras tried very hard to raise the capital for new, competitive productions. Largely, he failed, and the Hammer empire slowly crumbled. He did manage a production of The Lady Vanishes in 1979, of which he was justifiably proud, but the death knell had already sounded, and Hammer was soon to collapse.

Michael Carreras died on the 19th of April, 1994. Many close to him believe the trauma, shock and sorrow of the end of the original Hammer era contributed to a steady decline and earlier death than might otherwise have been expected. Whether there is any truth to this is open to conjecture, but what we can be certain of is that without the input of Michael Carreras, the Hammer Horror genre would not have been what it was.

Michael Carreras is the primary reason for Hammer’s decline and eventual fall. He took a company that had created magnificent horror and science fiction films and cheapened them terribly. He put sex, nudity, excess violence etc. into the films that made them cheap and useless. Had he not been the one in power Hammer would have probably been able to retain the label of excellence it achieved in the 1950’s and 60’s.

I worked for Michael Carreras in Wardour Street
as his assistant/secretary when I was about 20 before I went to Australia in the 1960s. To me he was a kind and lovely man. I think he was a regular theatre goer.I was not privy to his personal situation
but born 1927 he would have been only in his 20-30s
and taking orders from someone telling him what to do, maybe his father, I think his father was a difficult man.If Mr Michael died with a broken heart, that would fit.