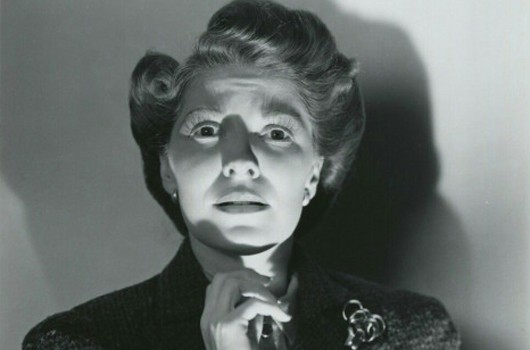 Fay Helm was born in California on the 9th of April 1909.

She made around 65 films, including the Blondie series starting in 1938, and 1939’s Dark Victory alongside Bette Davis. She appeared in a number of horror and thriller movies, including her role as Gwen Conliffe’s ill-fated friend Jenny in The Wolf Man (1941) and potentially-insane Margaret Ingston in Night Monster (1942).

Fay Helm died on the 27th of September, 2003 in Santa Monica, California.

Fay helm a long forgotten actress sad, small as her part was she did a good job in the Wolf man, and many other films.