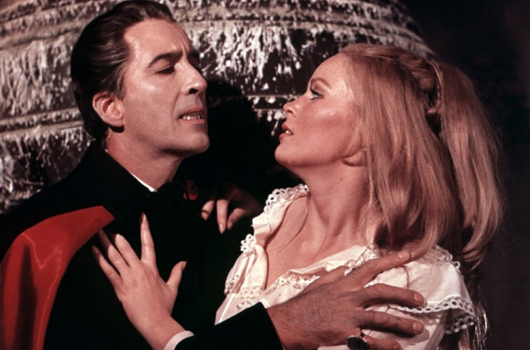 Dracula Has Risen From the Grave (Hammer 1968)

Hammer’s third entry proper in their Dracula saga came on the back of their Queen’s Award to Industry. James Carreras had sold the package of Dracula Has Risen From the Grave to American distributors Warner-Seven Arts on the strength of Christopher Lee appearing in the title role; no such assurance had been sought from Lee, who was appalled at the prospect of another Dracula movie, and only conceded when a pay hike was offered. 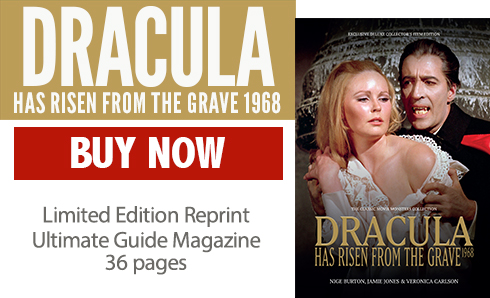 Fans thought differently, however, and lapped up Dracula Has Risen From the Grave, making it one of the most profitable and successful films in the entire series. Director Freddie Francis replaced Terence Fisher following that latter worthy’s injury in a car accident, but brought a style to the film which sets it apart, certainly from its successors. 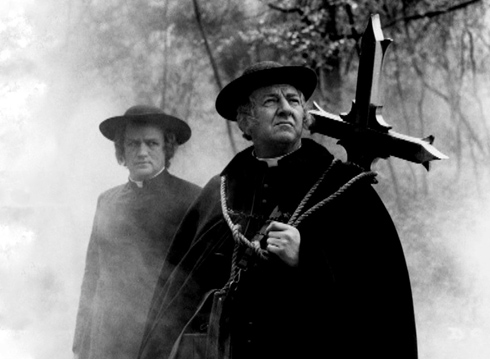 Determined to end the vampire’s curse forever, Monsignor Ernst Muller (Rupert Davies) and his priest (Ewan Hooper) begin the ascent to Dracula’s castle to perform the rites of exorcism in Dracula Has Risen From the Grave (Hammer 1968)

Set in and around the Mitteleurope town of Keinenburg, Dracula Has Risen From the Grave breaks with many of the traditional story elements thanks to John Elder’s innovative screenplay. Monsignor Ernst Muller (Rupert Davies) is dismayed to find the local priest (Ewan Hooper) having said mass to an empty church due to the superstitious parishioners refusing to enter the building; the hapless peasants are still spooked when the shadow of Dracula’s (Christopher Lee) castle touches their church of an evening, despite the vampire having been destroyed in the icy waters near his home a year earlier. 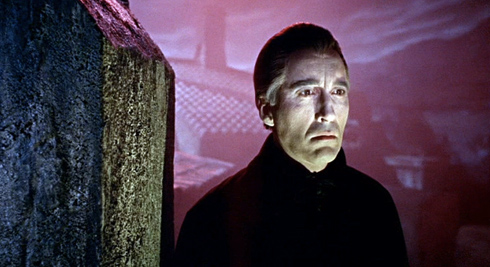 Determined to set matters straight, Muller ascends the mountain pathways to the castle, priest in tow, and performs an exorcism, sealing the door with a huge ornate gold cross. The terrified priest has not accompanied him all the way to the top, however, and stumbles during a violent storm, cutting his head. He lands on a frozen river, cracking the ice and allowing the blood from his wound to drip onto Dracula’s lips below, thus reviving the vampire. 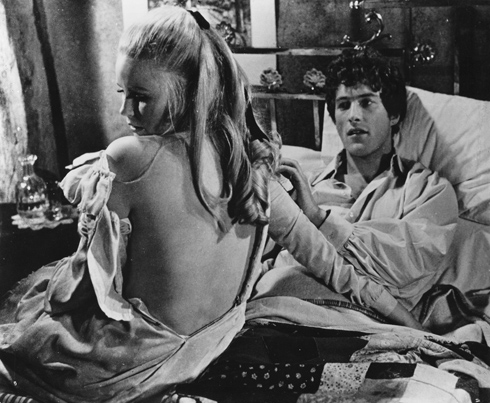 With the priest in his thrall, Dracula installs himself at the Cafe Johann, with the help of the enslaved barmaid Zena (Barbara Ewing), and soon has the Monsignor’s niece Maria (Veronica Carlson) in his sights. Fiance Paul (Barry Andrews) is unable to protect the girl when his atheism prevents him from praying after he stakes the sleeping count in the cellars of the cafe, and soon Muller is dead and Maria abducted. In a dramatic finale in the castle grounds, Dracula is hurled over a balcony to be impaled on the cross which he had previously ordered the girl to dispose of. With his faith restored, priest Hooper is able to intone the Lord’s Prayer, bringing about the vampire’s demise. 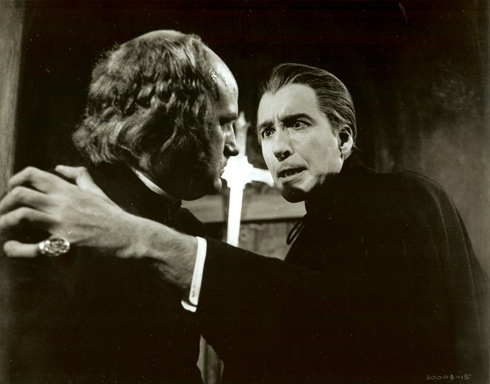 Dracula (Christopher Lee) takes the priest (Ewan Hooper) into his thrall, determining to discover who has sanctified his castle, in Dracula Has Risen From the Grave (Hammer 1968)

Lee objected to the inventive scene of the unsuccessful staking, but later conceded that “the audience at the time thought it was stunning”. This, along with the fact that no vampires are actively turned to spread the malady, and director Francis’ use of amber filters to create an evilly-lit world for Dracula to inhabit, all help to set Dracula Has Risen From the Grave apart from its stablemates. Interestingly too, no action takes place inside the castle walls, as the count is effectively barred from entering by the cross and ceremony performed by Muller. 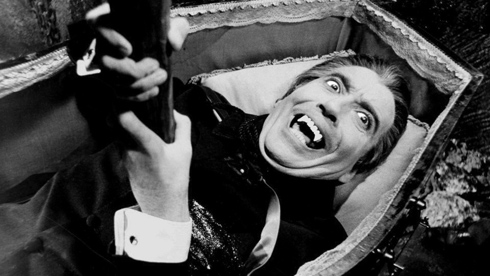 Despite being staked by Paul, Dracula (Christopher Lee) refuses to die in Dracula Has Risen from the Grave (Hammer 1968)

The film saw the introduction of Veronica Carlson into the bevy of Hammer babes, after she had been spotted bikini-clad in a newspaper. She went on to make two more films for the studio, Frankenstein Must Be Destroyed (1969) and The Horror of Frankenstein (1970), and remains popular among fans today, still giving interviews and talks about her Hammer years. The respected British actor Ewan Hooper was disappointed to find release prints of the film featured a dubbed voice replacing his own; the exact reason for this has never been quite clear, as his voice was perfectly acceptable. This does cause some dubbing issues in the final scene, where accurate lip-syncing goes a little awry. 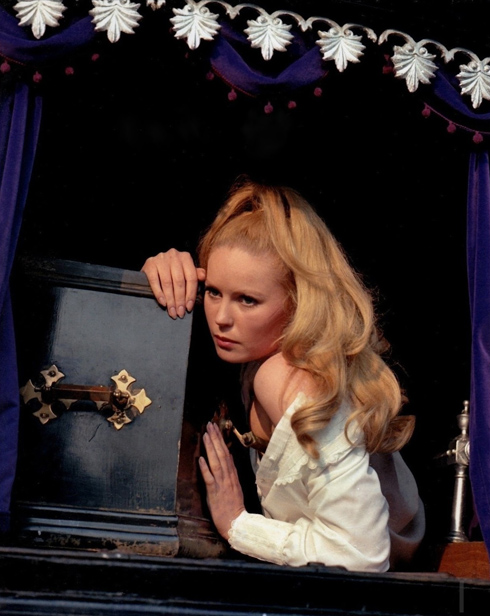 A masterpiece of style, Dracula Has Risen From the Grave makes the most of Freddie Francis’ adventurous flair as a director and, coupled with Arthur Grant’s stunning cinematography, manages to create a nightmarish world, beautifully set among the rooftops of fictitious Keinenburg. The film has style, substance and above-average acting, making it a truly classic and evergreen Hammer horror. 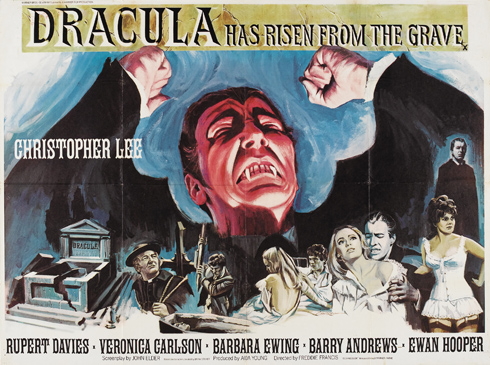 Without a doubt, one of their finest entries in the franchise.