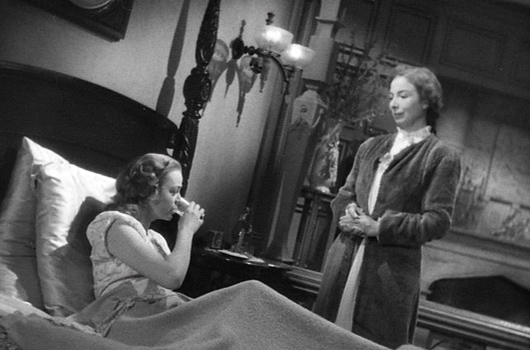 Directed by Jean Yarbrough, it starred June Lockhart and Don Porter and, although the title is reminiscent of the 1935 Henry Hull classic, Werewolf of London, it is more of a mystery and suspense thriller than a supernatural horror, a fact which disappointed both audiences and critics at the time. Atmospherically shot by Maury Gertsman, broodily scored by William Lava and taughtly directed by Yarbrough, it seems a pity that the carefully executed and suspenseful build-up is savagely undone by an all too human culprit.

In the States, She-Wolf of London was released as a double-bill with The Cat Creeps.