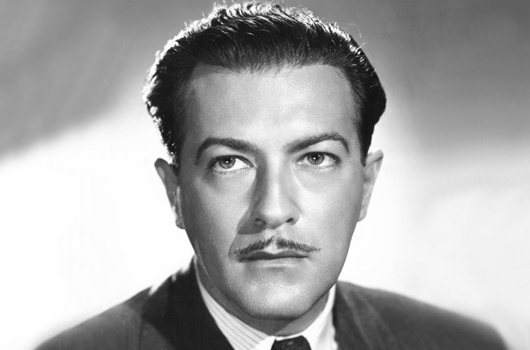 The American actor Edgar Barrier was born on the 4th of March, 1907 in New York City.

He appeared on radio, stage and screen and, in the 1930s, belonged to Orson Welles’ Mercury Theatre. Barrier was one of several actors who played Simon Templar, The Saint, on the radio, as well as appearing in Journey into Fear (1943) and Macbeth (1948), both times with Welles. We remember him here for his role as Inspector Raoul Daubert in Universal’s 1943 production of Phantom of the Opera.

Edgar Barrier died from a heart attack in Hollywood, California, on the 20th of June, 1964.