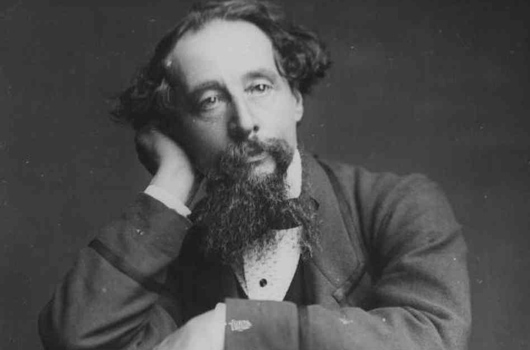 The acclaimed English novelist and social critic Charles John Huffam Dickens was born on the 7th of February 1812.

While his seminal works of literature and outspoken commentary on the social injustices of his day have been well documented, he is mentioned here for his interest in the paranormal. His spirit-packed novella A Christmas Carol has become a Yuletide classic, bringing its own magic to the festive season the world over. However, it is his short story The Signal-Man which falls further under the Classic Monsters banner of horror, its tale of mortal premonition striking fear into the hearts of readers for more than a century and inspiring a powerful BBC adaption in 1976.

Deeply traumatised by his involvement in the 1865 Staplehurst train crash, Dickens began to suffer ill-health, eventually succumbing to several strokes. He died on the 9th of June, 1870, aged 58.

Charles Dickens’ funeral arrangements ran contrary to his own wishes: while he desired to be buried “in an inexpensive, unostentatious, and strictly private manner” at Rochester Cathedral near his home, his high profile and immense popularity led to his being laid to rest in Poets’ Corner in Westminster Abbey.