Among Boris Karloff’s 1930s plethora of mad doctor films, we find the intriguing little gem, The Man Who Changed His Mind, made by Gainsborough and released by Gaumont on the 11th of September, 1936 in London, and the 1st of November, 1936 in America.

A slick if relatively low budget shocker, The Man Who Changed His Mind was directed by Robert Stevenson from a treatment by John L Balderston, Sidney Gilliat and L Du Garde Peach. The subtle title, perfect for the mood and subject matter of the piece, was lost on the American distributor, who retitled it with the more box office The Man Who Lived Again. 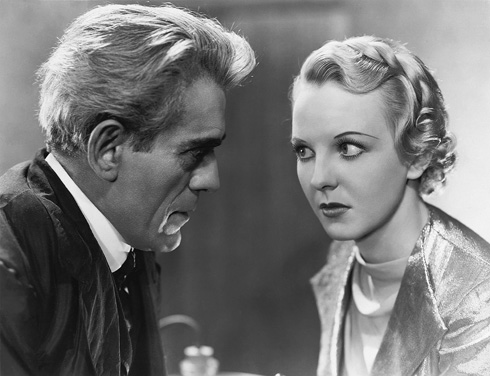 Karloff plays Dr Laurience, a fallen from grace scientist who now finds himself holed up in a crumbling, isolated manor house with his wheelchair-bound abettor Clayton (beautifully played in an almost Thesiger-esque fashion by Donald Calthorp). He engages the assistance of his previous co-worker Dr Clare Wyatt (Anna Lee) in his aims to perfect his experiments to exchange the mind and personality of one creature for that of another.

So far, the technique has only been tried on chimpanzees, but the scientific world’s mocking of Laurience determines him to try it out on a human subject for ill, and he swaps the mind of press magnate Lord Haslewood (Frank Cellier) for that of Clayton, allowing the crippled wretch to die in the process. 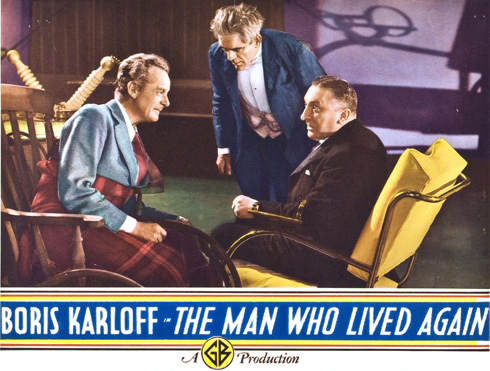 A confrontation between Dr Laurience (Boris Karloff), the crippled Clayton (Donald Calthorp) and Lord Haslewood (Frank Cellier) in The Man Who Changed His Mind (Gaumont 1936) – this lobby card reflects the US title The Man Who Lived Again

Inside Haslewood’s body, Clayton puts that man’s wealth and patronage at Laurience’s disposal, giving full vent to his reign of terror as a mad scientist. Discovering Haslewood had a life-threatening heart condition, Laurience murders him and tries to pin it on the Lord’s son, Dick (John Loder), swapping minds with him so he can secure the unwitting love of Clare. 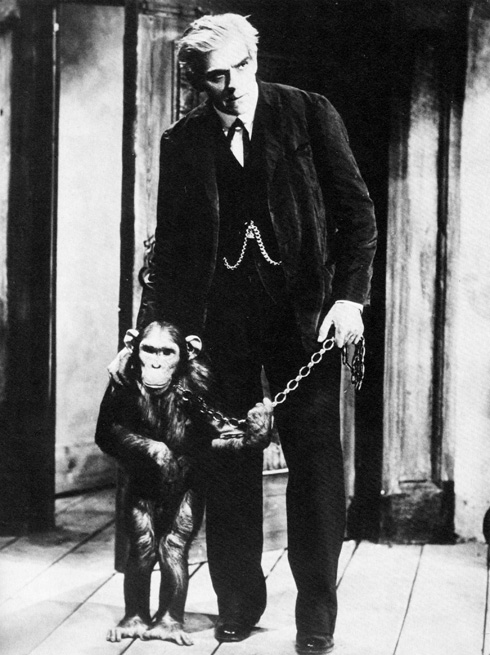 But wily Dr Wyatt cottons on, swapping them back again after her Laurience-shaped lover jumps out of a window to escape the police. Back in his own skin again, wicked Laurience dies, taking his secret with him, but not before confessing to Dr Wyatt that he should never have meddled with the human soul.

With a running time of just 66 minutes, the action in The Man Who Changed His Mind is brisk, and it makes for a satisfying romp into the fascination we hold with the idea of the soul and the mind being one and the same thing. An unashamed science-fiction tale of morality, the film shows Karloff at his best, well supported by a strong and feisty Anna Lee and the campy comedic Donald Calthorp. Jack E Cox’s cinematography is ahead of its time too, and the overall package is very satisfying to watch. 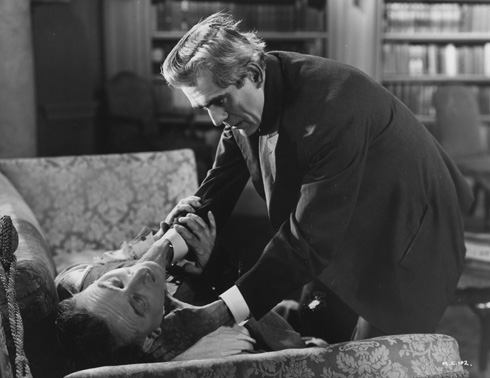 This is undoubtedly one of the better British thriller flicks that went head to head with the more lavish productions from Hollywood’s golden age of horror, proving that even a small budget can sometimes cut the mustard if the cast and crew are all committed and on board. 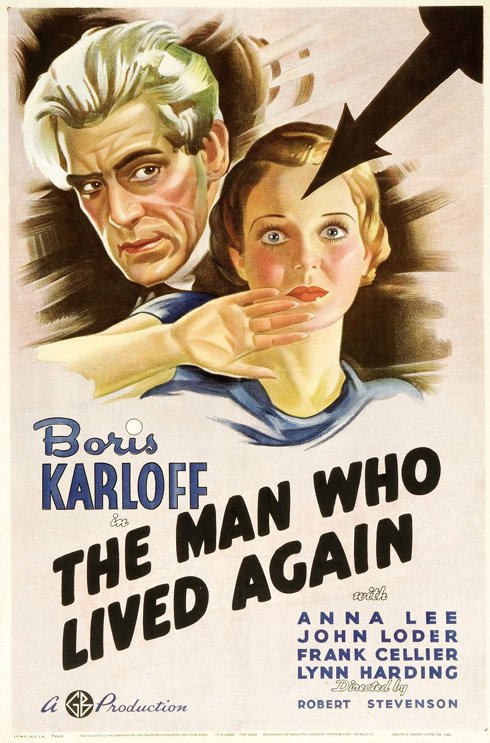