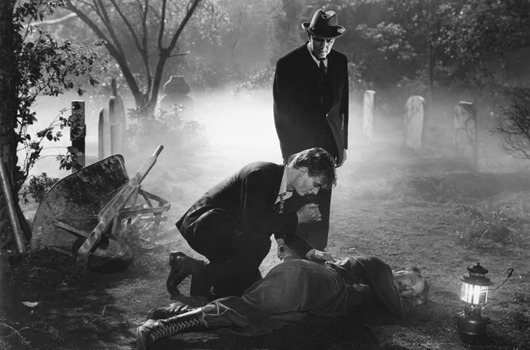 Not considered a mainstay of Universal’s prolific horror output of the 1940s, The Mad Ghoul does offer a pleasingly minxish and original yarn, with some nice macabre touches. Devoid of stars from the main horror stable, the film gives us some stylish performances from stalwarts George Zucco, Evelyn Ankers and Turhan Bey, with a nice tragi-hero turn from David Bruce as the hapless Ted Allison. 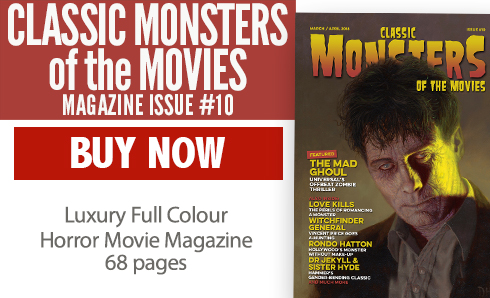 Unscrupulous as ever, Zucco shines as the self-motivated Dr Alfred Morris, the amoral University professor who preys on unwitting student Ted. Deliberately exposing the lad to his ancient Mayan nerve gas, he turns him from handsome helper to hideous drone, willing him to carry out grisly murders to further his schemes and dreams, effectively turning him into The Mad Ghoul of the title. 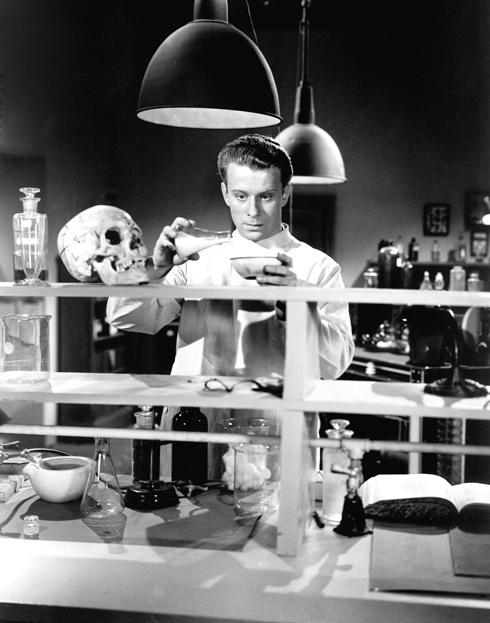 Although not considered traditionally handsome enough to be taken seriously as a lead generally, David Bruce lends ample weight to the part of the tragic hero of The Mad Ghoul (Universal 1943)

Unknowingly abandoned by his flighty songstress fiancee Evelyn Ankers in favour of a more musical Turhan Bey, poor Ted is left at the mercy of evil Zucco, for whom necessity has become the driving force behind his increasingly barbaric game of wills. Reporter Robert Armstrong is on to them, but playing dead in a coffin to ensnare the miscreants gets him bumped off quicker than you can say “why did you not bring backup?” 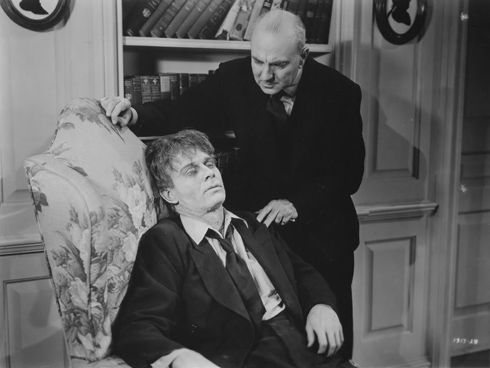 Once under his influence, the hapless Ted (David Bruce) becomes the instrument of Dr Alfred Morris (George Zucco) in The Mad Ghoul (Universal 1943) 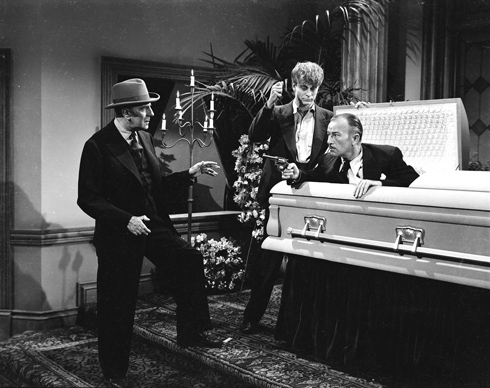 Ted loves Evelyn. Evelyn loves Turhan. Turhan loves Evelyn. George loves Evelyn and himself. Nobody loves Ted. Capricious Cupid comes down in favour of the virtuosos while Ted double crosses Zucco, exposing him to a taste of his own medicine leaving the ghoulish pair to slink off into deathly decay. 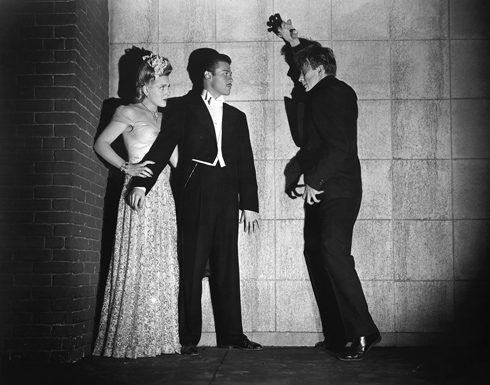 Ben Pivar produced, and James Hogan directed, from a screenplay by Brenda Weisberg and Paul Gangelin, which was in turn based on an original story by Hans Kraly. The Mad Ghoul was Hogan’s last picture; he died a month before its release aged just 52.

Ankers had originally wanted to use the vehicle to showcase her own singing voice, but time pressures led Pivar to make the decision to use stock performances of Lillian Cornell, which was a pity as the sound quality of these older recordings gave the game away. 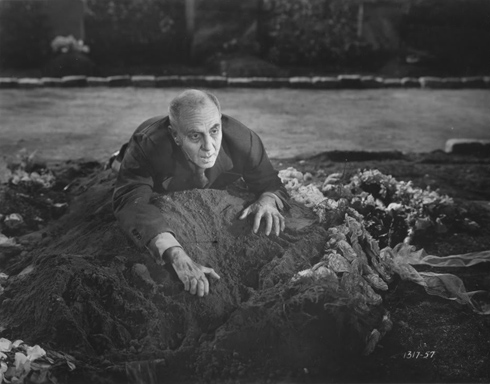 In a suitably creepy finale, Dr Morris (George Zucco) falls victim to his own shenanigans in The Mad Ghoul (Universal 1943)

With a deft script, good direction and first class performances, The Mad Ghoul is more than just a grindhouse quickie. Viewed as a set piece, it is a fine example of what can be achieved on a tight schedule and relatively low budget with the right team in place. Sadly overlooked, the film is a high point of Universal’s backwater thrillers of the decade, and deserves its place among many more highly regarded films. 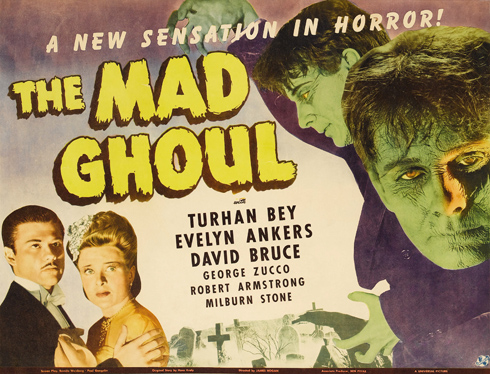 If you like David Bruce, say thanks to him for his wonderfully talented daughter, Amanda McBroom, singer extraordinaire, Judge Philippa in the “Next Generation” episode, “Measure of a Man,” and writer of the 1979 hit song, “The Rose.” Talent runs in families. http://amcbroom.com