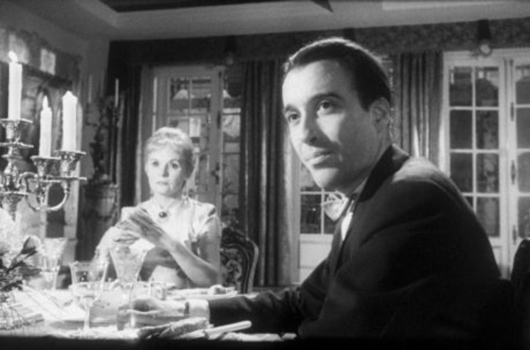 Hammer’s Taste of Fear was released on the 5th June, 1961, and marked Jimmy Sangster’s first outing as a producer.

Taste of Fear’s gestation was a relatively lengthy one. Jaded by the Gothic horrors he had played such a part in re-establishing with Hammer, Sangster took inspiration from the French classic, Les diaboliques (1955), and penned a shrewdly atmospheric thriller called See No Evil. Michael Carreras was convinced that the contemporary story could be shot reasonably economically, and at the same time avoid many of the censorship issues which blighted much of their produce.

The project morphed through the title Hell Hath No Fury before finally fetching up as Taste of Fear, which frenzied itself into Scream of Fear by the time it had crossed the Atlantic. The departure worked, and the premise succeeded: neurotic wheelchair-bound heiress Susan Strasberg has to make do with stepmother Ann Todd, instead of the estranged father sought at his Côte d’Azur chateau. Seeing her father’s form in myriad nightmarish apparitions, she promptly falls into the disused swimming pool, to be rescued by chauffeur Ronald Lewis. Dr Christopher Lee suggests the poor lass is going insane, but her confidence in the chauffeur is undone as he double-crosses her towards the nearest cliff edge.

The twist in Taste of Fear’s tail saw it likened to Hitchcock’s Psycho (1960) although, in fairness, much of Sangster’s dramatic melodrama had been written a year earlier. None-the-less, Hammer were not complaining, finding themselves established in a genre which would serve them well into the future.