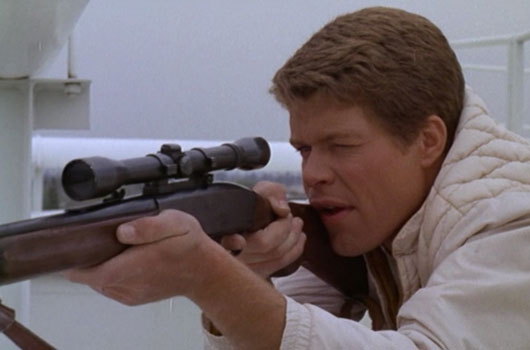 Targets, Peter Bogdanovich’s taut and thrilling analysis of what it means to be a monster, was released on the 15th of August, 1968, and starred Boris Karloff in a somewhat familiar role.

The story of Targets centres on Byron Orlok (Karloff) – a character who, in actual fact, is a thinly-disguised rendering of Karloff himself. With his career as a horror film star waning, and preparing for a final personal appearance at a drive-in movie theatre, Orlok reflects on the fact that the monsters he has portrayed for so long can no longer frighten moviegoers. 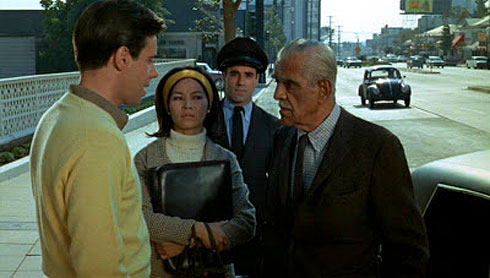 Meanwhile, clean-cut, wholesome Vietnam veteran Bobby Thompson (Tim O’Kelly) kills his mother and wife, and embarks upon a murderous rampage with a sniper rifle. The tense confrontation between the two monsters – one rooted in fiction, one all too real – acts as a haunting tribute to Karloff’s own career, and a bold critique of violence in the media. 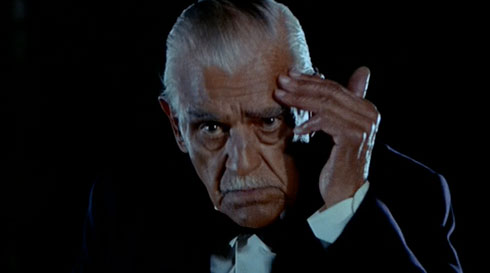 The story of Targets was a deeply topical one, tapping into contemporary fears of snipers. Although it was completed in 1967, it was released after the assassinations of Martin Luther King and Robert F Kennedy, giving its story additional impact. The character of Bobby Thompson was modelled on real-life sniper Charles Whitman, who murdered his wife and mother before shooting 14 people dead and wounding 32, from a university tower observation deck. 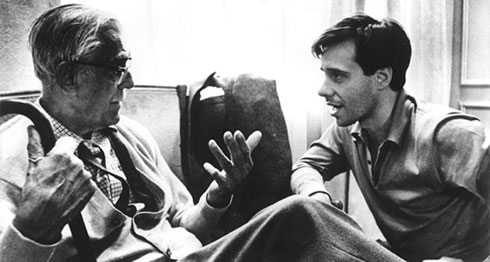 Interestingly, director Bogdanovich was only able to cast Karloff in Targets because the horror icon owed studio boss Roger Corman two days’ work. Many fans bemoan the fact that Targets would have been a fitting final film for Karloff given the nature of the Byron Orlok character, but this poetic conclusion was not to be. While Targets was not a great success at the box office, it made an immediate profit when it was bought by Paramount for £150,000, and its combination of tense direction and excellent performances make it a niche favourite for fans. 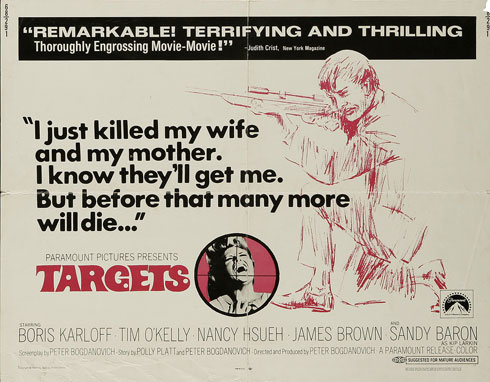