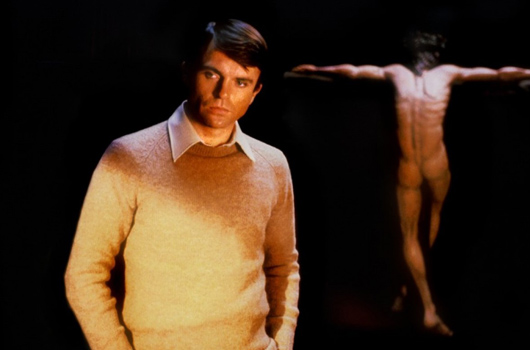 After recovering from the soul-shock of The Omen in 1976, quickly followed by teen-terrorist Damien, Omen 2 in 1978, by 1981 the devil’s issue finally grew up to become Sam Neill in The Final Conflict (later changed to Omen III: The Final Conflict), and we discovered that somehow, an adult satanic son and heir was just ever so slightly easier to deal with than those hell-spawn kids.

As a grown up Damien Thorn, Neill brings a vulnerable gravitas to the role which, although a fine performance which gives some real depth to the character, actually strips him of some of the malignant horror that both Harvey Stephens and Jonathan Scott-Taylor invested him with. 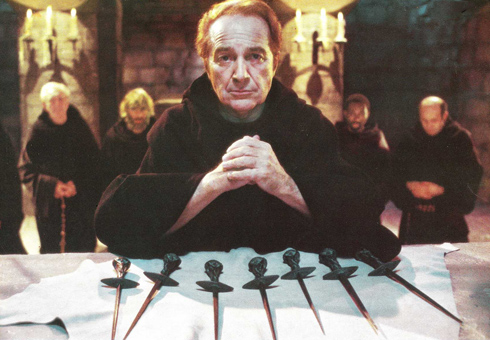 Daggers drawn: The only things that can kill Damien Thorn are the Seven Daggers of Megiddo, presided over here by Father DeCarlo (Rossano Brazzi) in Omen III: The Final Conflict (20th Century Fox 1981)

32-year-old Damien’s power seems complete, and he has successfully deluded the world via the charitable acts of Thorn Industries, but the ultimate goal of US Ambassador to the UK beckons and, with the President’s blessing, is realised.

Thorn’s ruthless manipulation of television journalist Kate Reynolds (Lisa Harrow) and corruption of her son Peter (Barnaby Holm) is both unnerving and chilling, but it is his  vitriolic, Herod-like determination to destroy all the baby boys born on the morning of March 24th, 1982 – the day predicted for the second coming of Christ by the alignment of stars in the Cassiopeia constellation – that is particularly disturbing. 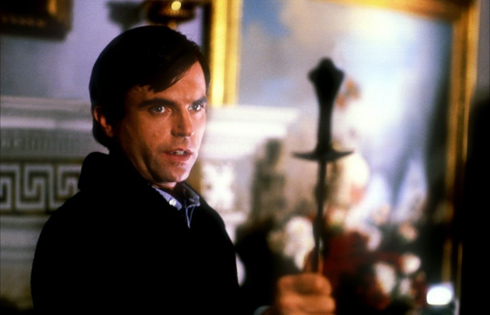 The demise of the seven priests attempting to kill the antichrist, led by Father DeCarlo (Rossano Brazzi) is both predictable and contrived, but the film’s denouement, with Kate proving to be Damien’s final undoing – partly as a world-saving heroine, partly as an anguished mother avenging her perished son – is well executed and believable.

But Damien Thorn is dead. There is neither a nod nor a wink to the camera to suggest that any of the Seven Daggers of Megiddo have been ineffectual in holy hands in any way; no, the enemy of all mankind really has been dispatched by a chat show host. 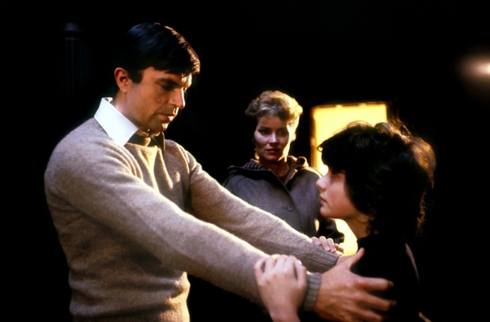 Good wins out, as indeed it should, so what in the world induced Harvey Bernhard to lay so much as a finger on 1991’s Omen IV: The Awakening is a guess that perhaps should not even be hazarded.

But this is the domain of cinema and profits, so there you go. 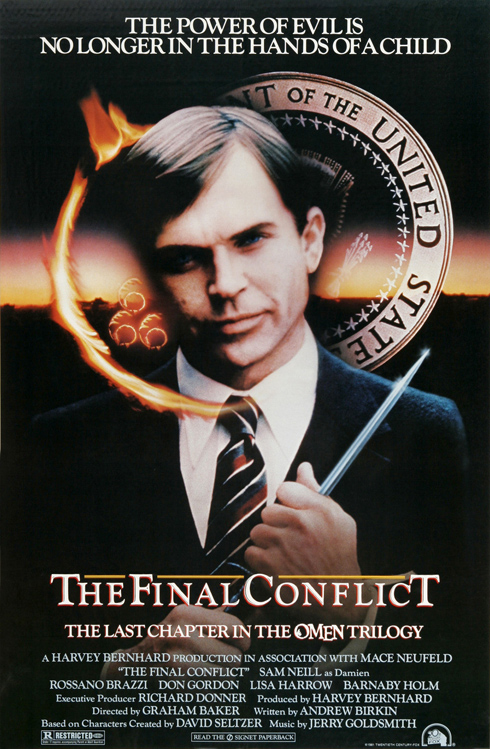 This film was made just over the road from where I live Lemsfort England. Every time I take my dog for a work I can see where Damien almost drowns Lisa Harrow.