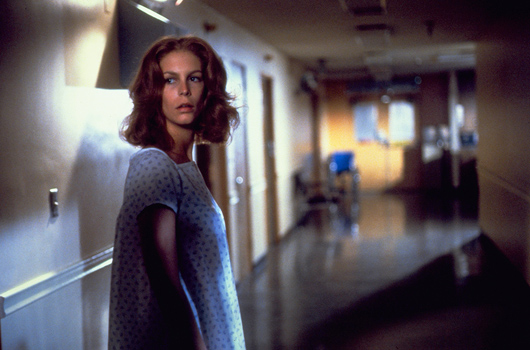 Essentially a continuation of the first film, the action of Halloween II picks up just before the end of part one. Reprising his role as Dr Sam Loomis, we have a rather frantic Donald Pleasence now showing some astonishment at the disappearance of the bullet-riddled Michael Myers (Dick Warlock).

Left to gibber alone for a while, the traumatised Laurie Strode (Jamie Lee Curtis) is eventually dispatched to Haddonfield Memorial Hospital, leaving Michael at large, still exploiting his rediscovered thirst for bloody murder. 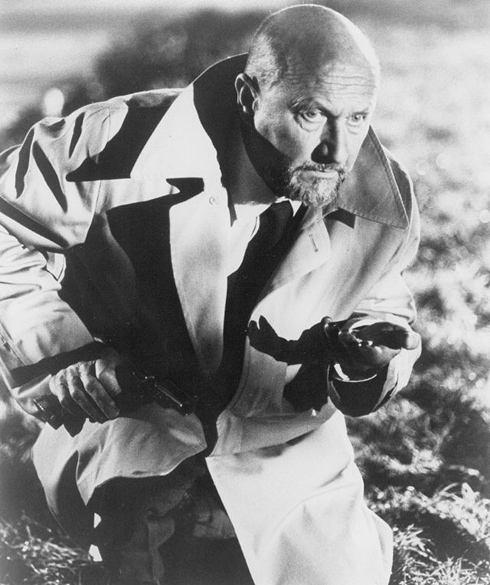 The rest of Halloween II is pretty much a cat-and-mouse chase between the two in the creepily deserted corridors and wards of the hospital, but this time with the stakes ramped up; a file, hidden for many years, has revealed that Michael and Laurie are brother and sister.

The few become fewer as the skeleton hospital staff are systematically picked off in ever more inventive ways, leading to the nail-biting climactic showdown between hunter and hunted. Loomis arrives in time to intervene, but apparently sacrifices himself in order to take down the savage killer in a dramatic, explosive finale.

Still a trial on one’s nerves today, this relentless thriller doesn’t relax the tension for a second. A pathetic drugged and lame Laurie squirms and squeaks her way around the dingy medical facility, desperate to escape her determined pursuer but only to witness yet more of his brutality. Myers still has the depraved human element about him, particularly in the final scenes where, blinded by Laurie’s bullets, he lurches violently in circles, flailing incessantly from side to side with a scalpel.

Apart from the two leads in Halloween II, there are some other familiar faces as Charles Cyphers returns in the role of Sheriff Leigh Brackett, and Nancy Stephens as Marion. Another interesting continuity reference is the appearance of Bennett ‘Ben’ Tramer (Jack Verbois); only mentioned in passing as Laurie’s potential dance date in the first movie, the character is mistaken briefly by Loomis for Michael, and is consequently killed in a spectacular scene where he is crushed between two vehicles and caught in a horrible blaze. 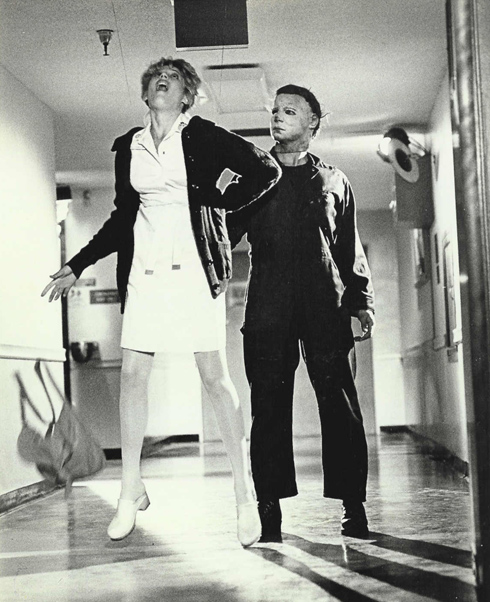 Michael (Dick Warlock) brings about a grisly demise for nurse Jill Franco (Tawny Moyer) in Halloween II (Dino De Laurentiis 1981) – let’s not mention the wires holding her up in this publicity still!

Although Halloween II was never going to be able to recapture the piercing shock of its predecessor, it is a very worthy contender in the sequel stakes and is considered by many to be the most horrific of the whole series.

It is testimony to the strength of Carpenter and Hill’s writing and production skills that such a striking, well thought-out and genuine second instalment was delivered to its eager audience with such aplomb. 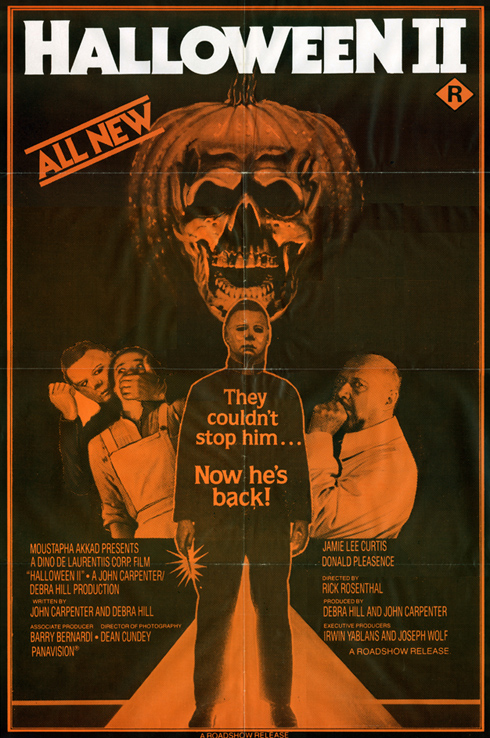