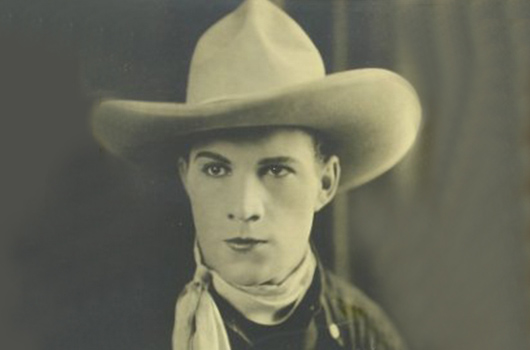 Tom Tyler, the American actor best known for his portrayal of the title character in the 1941 movie serial The Adventures of Captain Marvel, was born on the 9th of August, 1903.

Born Vincent Markowski, Tyler spent the biggest part of his film career making low budget B-movie westerns for relatively low salaries. He famously played Kharis in Universal’s The Mummy’s Hand (1940), winning the role because the film’s producers believed his chiselled features and dark eyes were akin to those of Boris Karloff, so much so that footage of the two actors could be interchanged in the movie.

Tom Tyler’s death on the 3rd of May, 1954 was due to heart failure, and he was aged just 50. He was buried in Mount Olivet Cemetery.