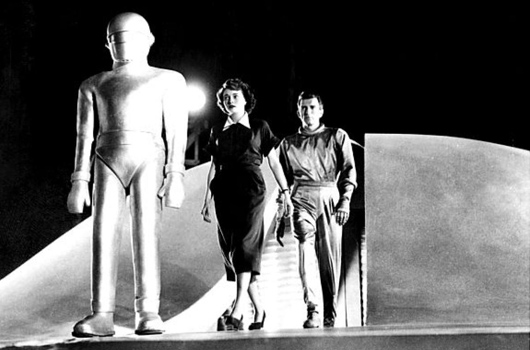 Based on the 1940 short story Farewell to the Master, the plot of The Day the Earth Stood Still revolves around alien ambassador Klaatu (played by British actor Michael Rennie), sent to Earth to assess humanity’s ability to safely handle its recent discovery of atomic energy. His fact-finding mission to understand mankind brings him into contact with war widow Helen (Patricia Neal) and her inquisitive son Bobby (Billy Gray). 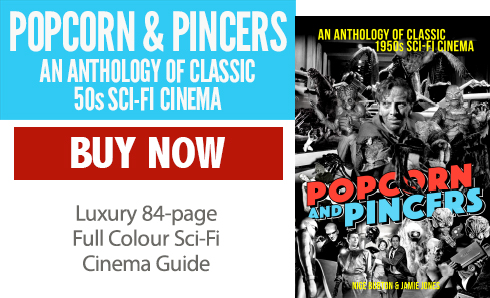 Mistrusted by his hosts, Klaatu is prompted to prove his power, and does so by shutting off all electrical energy around the globe for thirty minutes, causing worldwide panic and sparking a manhunt. As the military close in, he is mortally wounded, but has prepared a final act of kindness in teaching Helen how to disarm his immensely powerful robot companion Gort. His final words are both a gift and a veiled threat, leaving the onlookers in no doubt that should mankind’s violent tendencies spread into space, they will do so at the cost of the Earth itself.

As a plea for reason in the age of super-powered weapons, Klaatu is a significant figure in the world of science fiction; the silent sentinel Gort, meanwhile, brings an ominous sense of dread to proceedings. The message of The Day the Earth Stood Still remains relevant today; so much so, in fact, that a 2008 remake starring Keanu Reeves brought the story up to date with with a focus on environmental issues rather than nuclear weapons.

What ever happened to the sequel.