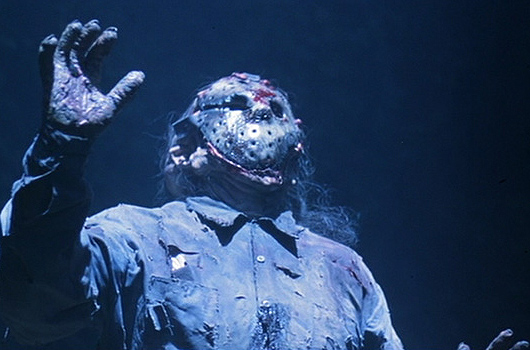 Jason Goes to Hell: The Final Friday opened in cinemas on Friday the 13th of August, 1993, and was the ninth instalment in the series, although the first to be distributed by New Line.

The studio intended the movie – as the title hints rather heavily – to be the last of the Jason Voorhees vehicles, and granted directorial duties to Adam Marcus, who at 23 was the youngest director it had ever hired. Kane Hodder reprises his role of the machete-wielding psychopath, although the story of Jason Goes to Hell: The Final Friday begins in atypical fashion with Jason’s apparent destruction in an FBI operation. However, things never run smoothly at Crystal Lake, this time with a more pronounced mystical twist, as Jason’s spirit resorts to jumping between bodies to better aid his murderous instincts. 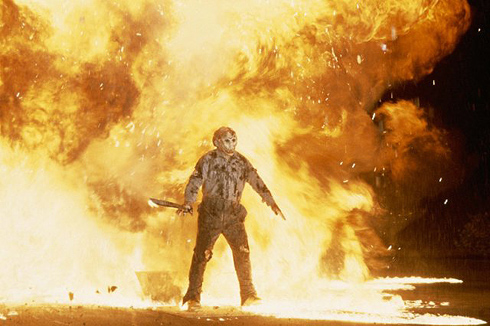 Working to expand the mythos surrounding the Voorhees family, Jason Goes to Hell: The Final Friday includes revelations about Jason’s bloodline and his relatives – specifically, the fact that only a member of his own family can kill him. Cue additional levels of threat and multiple cases of mistaken identity, as Jason tries to possess his own relations in order to maintain his human form. 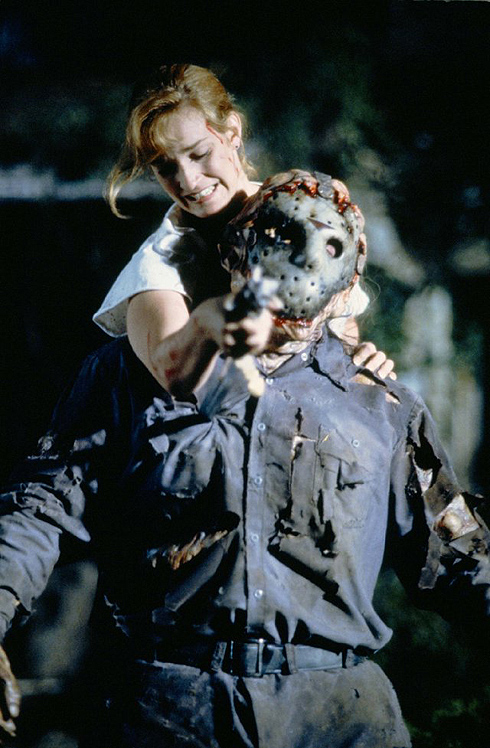 … although Jessica Kimble (Kari Keegan) shapes up to be his match in Jason Goes to Hell: The Final Friday (New Line 1993)

Jason Goes to Hell: The Final Friday could be seen as a forerunner of today’s multiple-media movie marketing machines, in that a set of trading cards and a three-issue comic adaptation of the original shooting script were released alongside the movie itself. Elements from the script had had to be removed from the film, but were present in the comic, making this apparent “companion piece” a more comprehensive experience than the movie which overshadowed it. The events surrounding the FBI sting at the beginning of the movie, meanwhile, are explored in two novels. 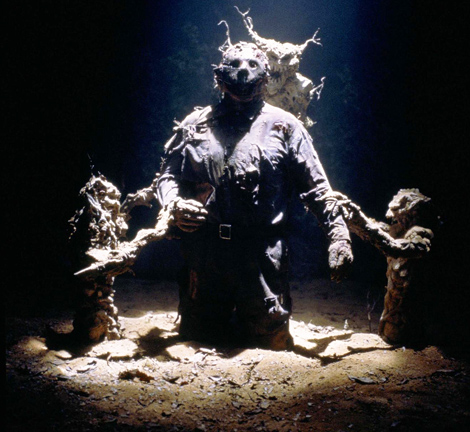 Jason Voorhees (Kane Hodder) cannot be held down by a watery grave in Jason Goes to Hell: The Final Friday (New Line 1993)

Although better received than its predecessor, Jason Goes to Hell: The Final Friday came in for heavy criticism from reviewers, many of whom felt that the idea of a body-hopping Jason Voorhees was a bridge too far. It turned out to be the second-lowest grossing movie in the Friday the 13th franchise, but still earned five times its budget, making it a genuine success. The series took a break for eight years, before the release of the sci-fi slasher extravaganza Jason X in 2002. 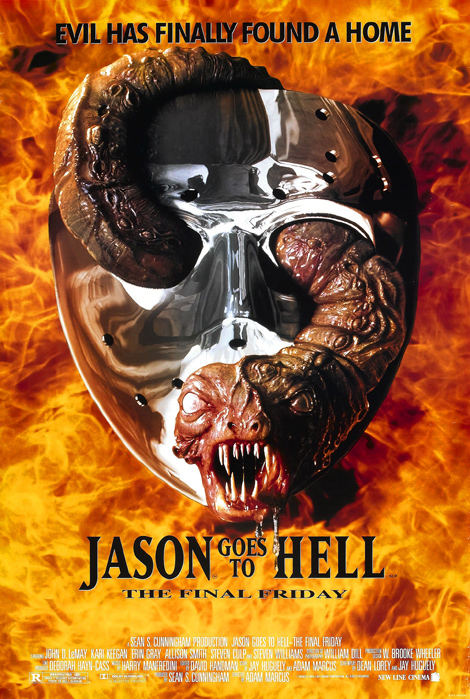