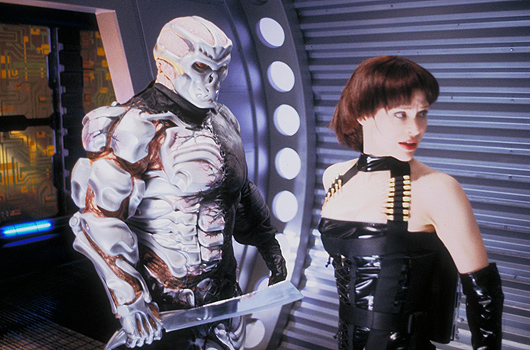 Jason X, the tenth instalment in the Friday the 13th movie series, was released in the UK on the 19th of July, 2002, some three months after its US release and almost a year after its German premiere.

Kane Hodder returned as the Crystal Lake killer, brought aboard a spaceship in the 25th century and transformed into a cyber slasher through the miracle of modern technology. A copious killing spree begins, with the new Über-Jason racking up his highest body count to date. 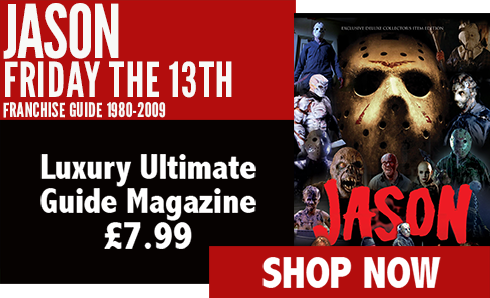 Although the sci-fi setting is at odds with the series’ roots, diehard fans love the Crystal Lake simulation scene where Jason witnesses a nostalgic recreation of his glory days.

Though panned by many critics, Jason X was arguably the most novel development of the franchise for many a tired year, breathing new life into a fearfully worn out formula. Space age antics and upgraded special effects did little to boost the box office take, however, and Jason X yielded less than a 20% return on its investment, much to the chagrin of producers the Cunninghams.