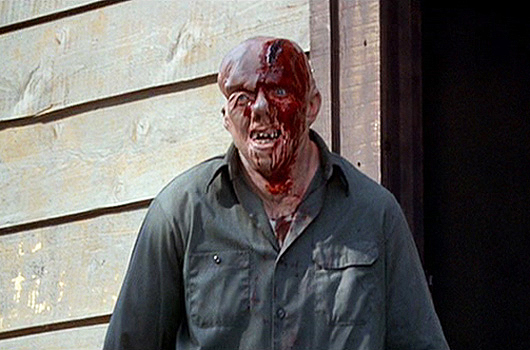 Friday the 13th Part 3, the first of the franchise to feature Jason Voorhees in what would become his signature hockey mask, was released on the 13th of August, 1982.

Directed by Steve Miner and originally released in 3-D, Friday the 13th Part 3 has the accolade of being the first film to knock E.T.: The Extra Terrestrial off the top box office slot. Although it was not a critical success, Part 3 did well with cinema-goers, returning Paramount $36.6 million on its investment of just $2.5 million in the American market alone. 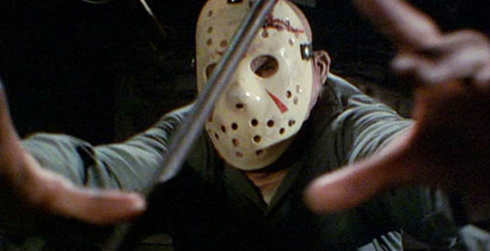 3-D is used to great effect, particularly by a menacing Jason Voorhees (Richard Brooker), in Friday the 13th Part 3 (Paramount 1982)

A direct sequel of Friday the 13th Part 2, Part 3 has developed a cult following in the years since its original airing partly due to the introduction of said mask, but also because of its third dimension, its kitsch retro disco soundtrack, and the development of the look of Jason unmasked, a countenance which would inform all subsequent incarnations of the iconic slasher. 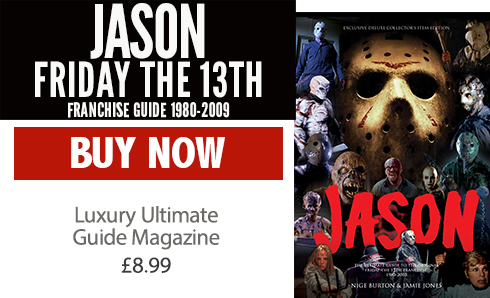 With a knowing style and deliberately over-the-top characters, Friday the 13th Part 3 is undoubtedly one of the stronger entries in the series, with occasional moments of sheer, palpable terror akin to those in the first two Halloween movies. Richard Brooker makes a suitably menacing Jason, and the dream cameo of Pamela Voorhees (Marilyn Poucher) leaping from the lake at the film’s finale is a grimly shocking moment. 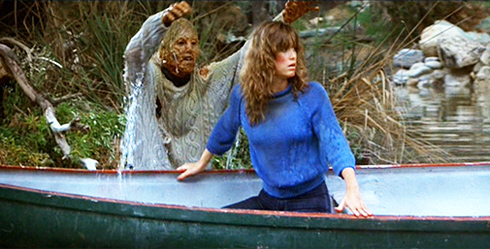 A mummified Pamela Voorhees (Marilyn Poucher) attacks Chris Higgins (Dana Kimmell) in the dream ending of Friday the 13th Part 3 (Paramount 1982). In the original ending, Jason was to kill Chris by cutting off her head, but producers decided to tone things down in the hope of more kindly consideration from the censor.

Interestingly, the famous hockey mask came about during a lighting check, when production crew couldn’t be bothered to adjust Brooker’s make-up so simply threw 3-D supervisor Martin Jay Sadoff’s Detroit Red Wings goalie mask over his face instead. Miner loved the look, but the mask was too small, so a prop mask was commissioned. It was never the intention to use it in all subsequent films, but the look worked so well it would have been churlish to change it.

Friday the 13th Part 3 earned its main protagonist a nomination in the American Film Institute’s AFI’s 100 Years… 100 Heroes and Villains, and Jason Voorhees takes his proud place on the list as one of the 50 villains, cementing his reputation as one of the true third generation of classic monsters. 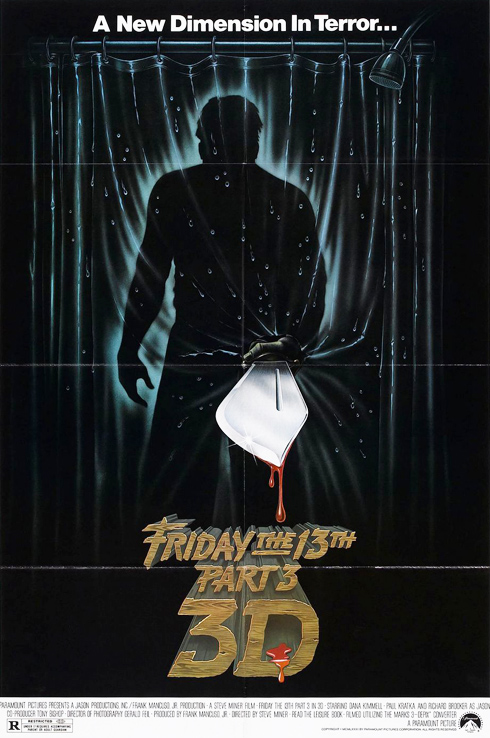 It would be great if it were released in today’s 3D. I watched most of the 3D parts on YouTube. You have to cross your eyes, but it actually works.