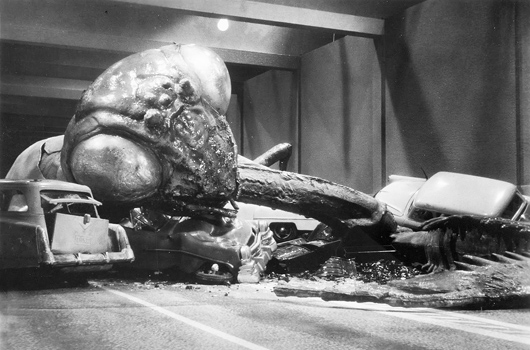 The Deadly Mantis, a sci-fi romp from producer William Alland for Universal-International, was released on the 26th of May, 1957.

Directed by Nathan Juran from a screenplay by Martin Berkeley, it starred Craig Stevens, William Hopper, Alix Talton, Pat Conway and Praetor as The Mantis.

Filmed in black and white, The Deadly Mantis runs for an hour and 19 minutes, and tells the story of, as you might have guessed, a giant, deadly preying mantis, freed from an icy prison by volcanos and shifting North Pole icebergs. Pass the Raid dear.

Check out our Kitsch Corner feature on The Deadly Mantis in Classic Monsters of the Movies issue #9: